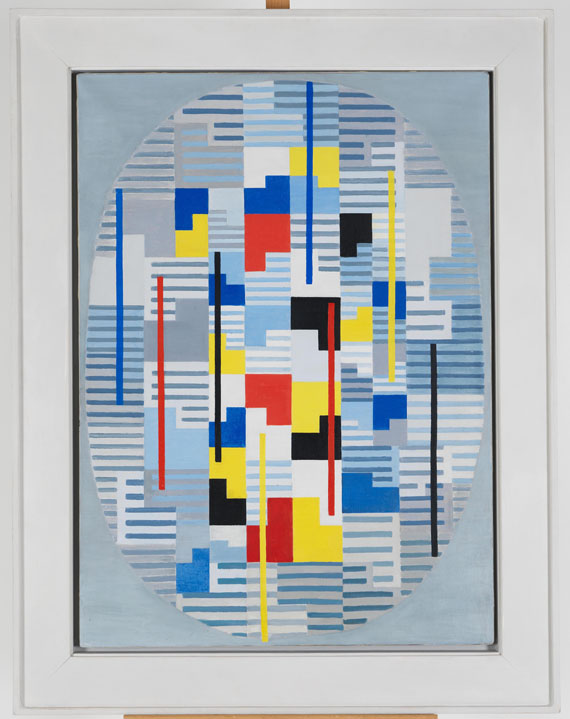 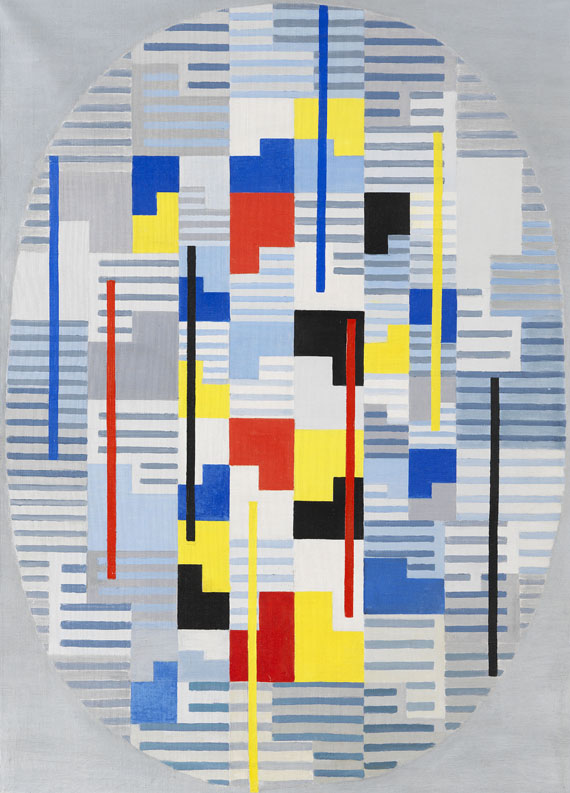 Having studied at the Royal Arts and Crafts School in Stuttgart from 1908 until 1911, Adolf Fleischmann went to the Royal Art Academy for another two years, where he visited, among others, the class of Adolf Hoelzel. Then he took up a job at the studio for graphic arts in Stuttgart. In 1917 he was employed as a scientific drawer at the canton hospital in Zurich. During this time Fleischmann still painted in an academic style, but increasingly tended towards abstraction in the 1920s. In 1928 the painter participated in the exhibitions 'without jury' in Stuttgart and Berlin. From this moment on the artist lived during the following five years alternately in Berlin, Hamburg, Ascona, Paris and the Tessin. Although he still produced a series of constructive-geometrical collages in 1936, Fleischmann left the strict geometry in 1937 and increasingly devoted himself to abstract painting that was more strongly marked by organic forms. When he was staying in Paris for two years since 1948, he joined the group 'L'Equipe'. He earned his living with cloth, poster and wallpaper designs. Between 1940 and 1945 Fleischmann lived in Southern France, but was nevertheless interned for several times. After a short return to a geometric style around 1943, Fleischmann found back to a sweeping linear painting style in 1946, when he joined the 'Réalités Nouvelles' and co-founded the group 'Espace'. A first individual exhibition took place in the Parisian gallery Creuze in 1948. In the beginning of Fleischmann's later work there were rhythmically grouped stripes twisted in narrow ankles. In 1952 the artist left Europe and moved to New York, where he lived for more than 10 years. He worked as a scientific drawer at the College of Physicians and Surgeons of the Columbia University between 1953 and 1962.

In 1965 Fleischmann returned to Germany and spent the final years of his life as an artist in Stuttgart.