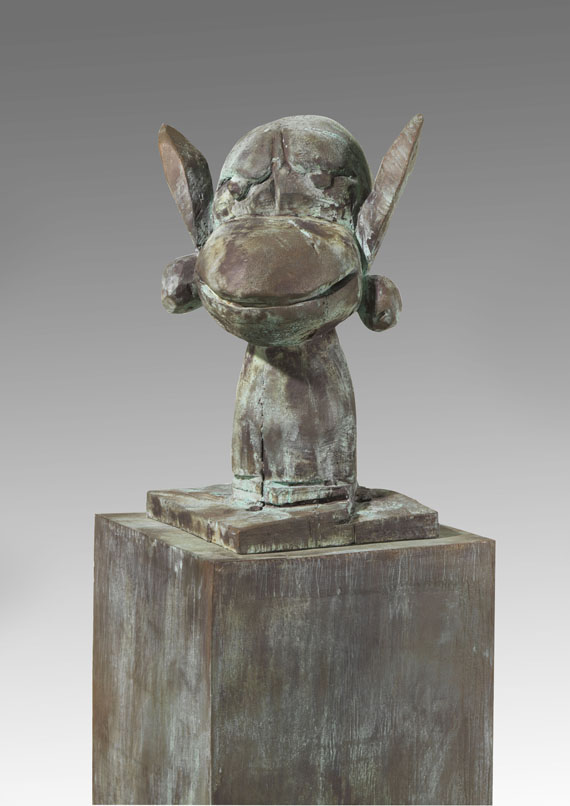 After studying stage design at the Düsseldorfer Kunstakademie, Immendorff changed to the class of Joseph Beuys in 1964. Influenced by his teacher, he wrote several manifestos and initiated various political actions. Immendorff met A.R. Penck in Berlin in 1976 and the two artists formed a German-German 'Aktionsbündnis' (Action League). His international breakthrough came in 1977 with his series 'Café Deutschland', a political and socio-critical work. Beside his creative work Immendorff became increasingly involved in art education. His position as an art teacher at the Lindemann-Hauptschule in Düsseldorf from 1971 to 1980 influenced his art. The artist accepted several guest professorships at international universities during the 1980s: at the Art Academy in Stockholm in 1981, the Akademie der bildenden Künste in Hamburg and the 'Klasse F+F' in Zurich in 1982, as well as the Werkschule in Cologne and the Akademie der Bildenden Künste in Munich in 1984.

Immendorff's stage education is also reflected in his oeuvre. He designed the costumes for 'Elektra', an opera by Richard Strauss, performed at the Stadttheater in Bremen in 1986 and the stage set as well as the costumes for the opera 'The Rakes Progress' by Igor Strawinsky at the Salzburg Festival in 1994. His most recent project was his sculpture 'Elbquelle', 25 metres high, which was inaugurated in Riesa (Saxony) in 1999. Immendorff has participated in important exhibitions since the 1970s. He exhibited at the documenta in Kassel in 1972 and 1982 and at the Biennial in Venice in 1976. He participated in the large touring exhibition 'Expressions: New Art from Germany', which toured from New York, Philadelphia and St. Louis to Oslo, Malmö and other places in 1983/84. The exhibition 'Deutschlandbilder: Kunst aus einem geteilten Land' in Berlin in 1997 showed Immendorff's most important works. The Kestner-Gesellschaft in Hanover arranged a show of paintings and drawings by the internationally famed artist at the beginning of 2000. Additionally, he received the "Preis für Bildende Kunst" from the Kulturstiftung Dortmund (2000) and the Goslar Kaiserring (2006). After a long illness Jörg Immendorff died in Düsseldorf in 2007 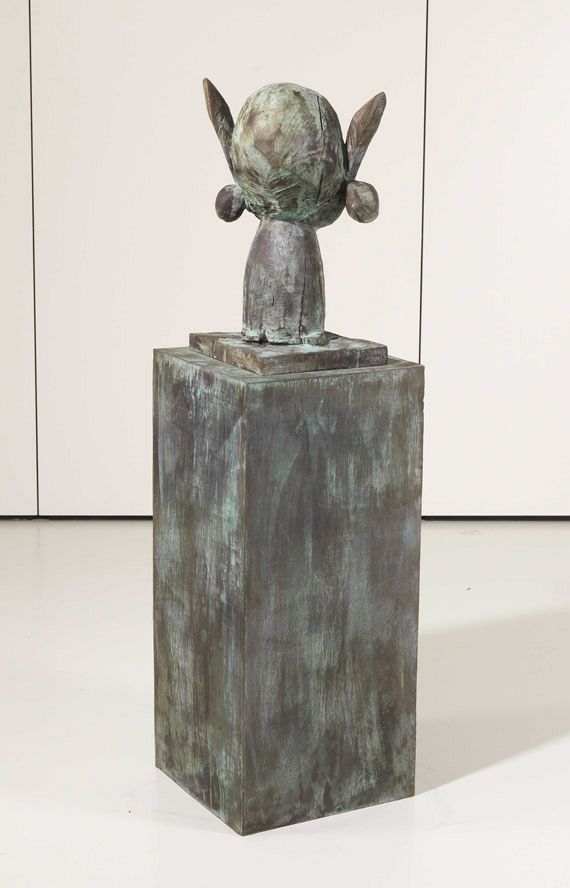 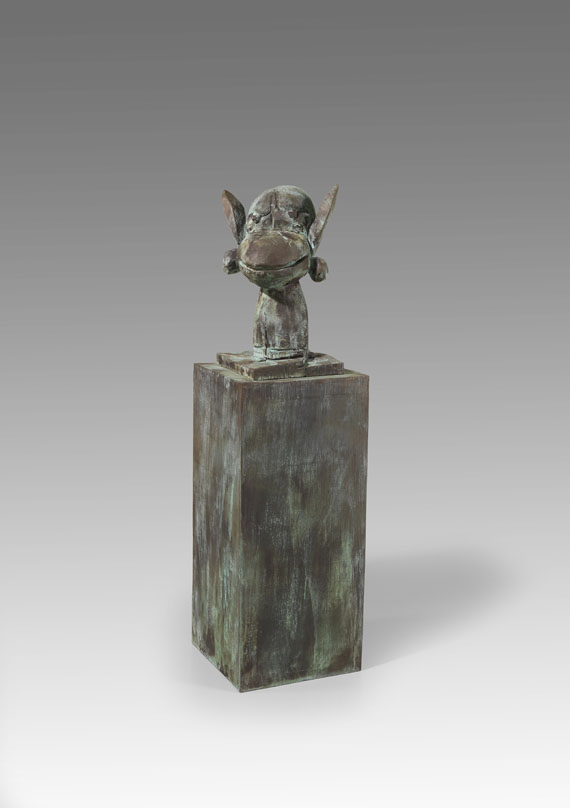