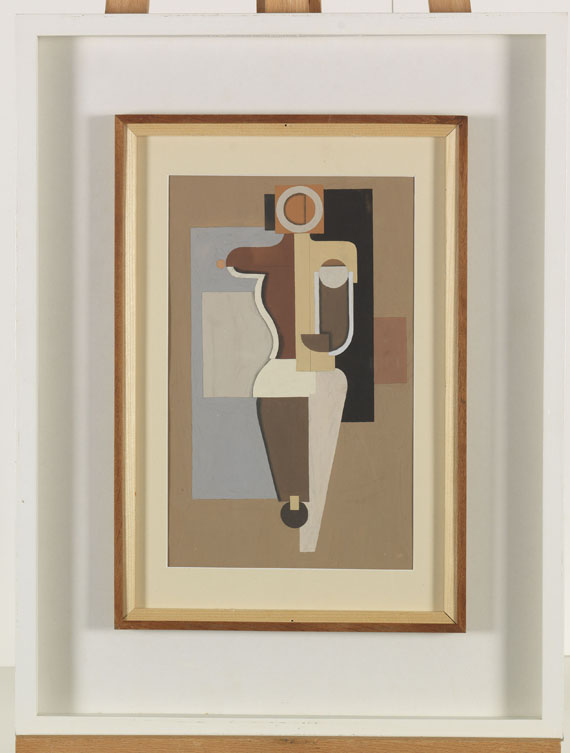 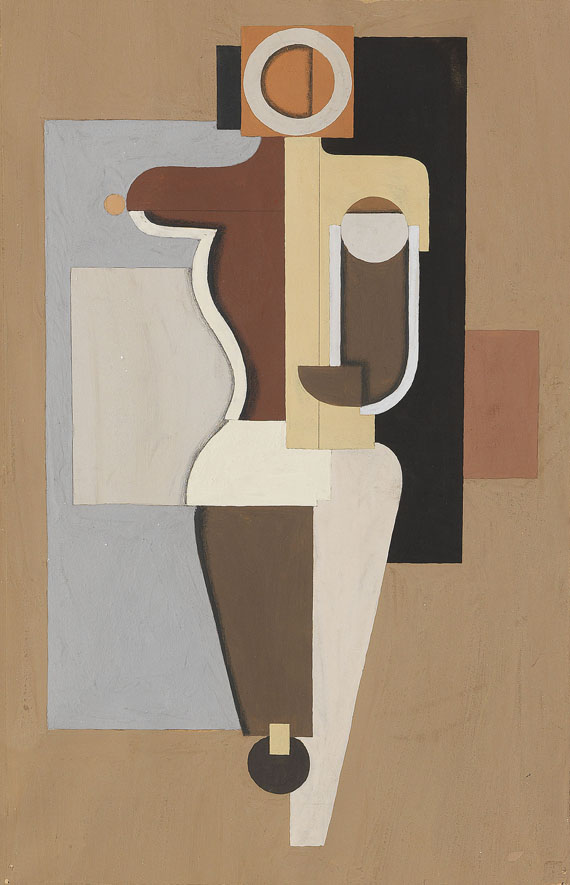 During his apprenticeship as a decorative painter Willi Baumeister already visited evening classes at the Stuttgart Kunstakademie. From 1909 to 1912 he attended Adolf Hölzel's composition class where he first met the later Bauhaus painter Oskar Schlemmer who was to become a life-long friend. In 1919/20 he produced his first 'Mauerbilder', panels with a wall-like relief structure - created by adding sand and putty to the paint - and cubist forms. These works brought about Baumeister's international breakthrough.

The figure began to occupy a central position in Baumeister's creation as of the 1910s. Initially, however, he made compositions in the style of Cezanne, with male and female nudes arranged in landscapes. Especially the drawings, which, in contrast to the paintings, were free from any impressionist color effect and all focused on the contour, soon showed first notions of cubist segmentation. The interplay of space and body is increasingly abandoned in favor of a dominating line and a stronger presence of the figure, executed in an ever more reduced style. However, soon Baumeister ceded this view of the human body based on the contour in favor of a style solely based on spatial elements. In this context he discovered gouache a suitable means of expression around 1920. In our figure from 1922/23, Baumeister's development toward a de-individualized physicality, entirely devoid of interior contour and generated only through overlaying geometric color fields, reached an early peak of remarkable presence. While early works still show details, such as eyes, nose, mouth and finger, the artist entirely forfeit these formal characteristics in this work, all in line with a progressing degree of abstraction, which would become fundamental for his further creation.

In 1928 the Frankfurt Städelschule appointed the artist to run the applied arts, typography and fabric printing class. Baumeister joined the 'Cercle Carré' in 1930 and in 1931 he became a member of 'Abstraction Création'. During the 'Third Reich' Baumeister was banned as a 'degenerate' artist and rarely showed himself in public. During the war Baumeister wrote the book 'Das Unbekannte in der Kunst' (The Unknown in Art) which was first published in 1947. During these years as a 'degenerate artist' he spent his time studying prehistoric and Oriental art, which was to provide him with the motifs for his 'Eidos' pictures and 'Ideogrammes'. He resumed teaching after the war when he accepted a post at the Kunstakademie in Stuttgart. With his extensive oeuvre and his art-theoretic publications Baumeister is considered one of the most important modern German artists. His varied oeuvre ranges from figurative works to increasingly abstract forms.