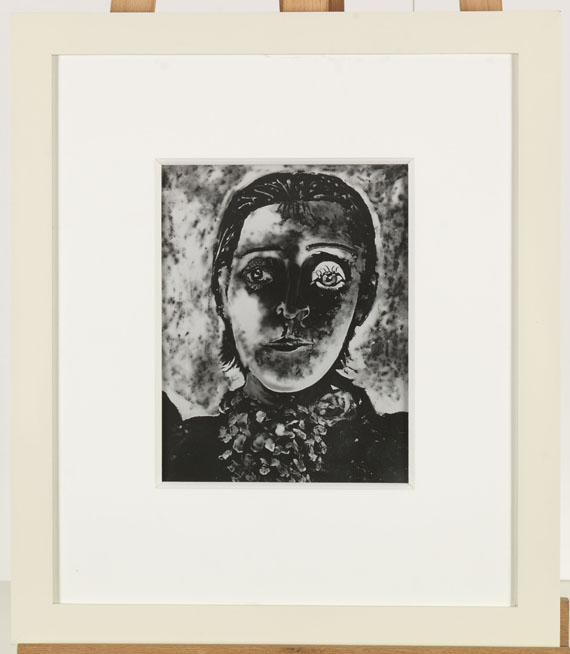 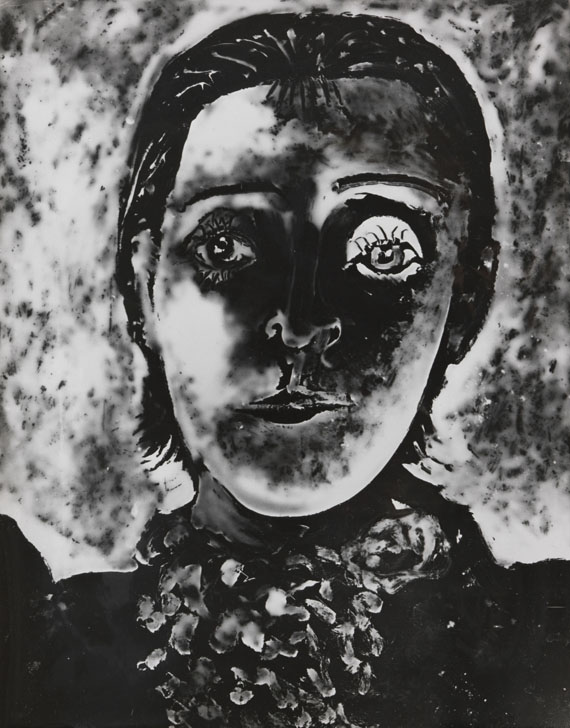 Other than specified in the catalog, this lot number may also be subject to differential taxation + 7% import turnover tax (savings of 5% in comparison with regular taxation).
We are grateful to the Cahier d`Art, Paris, for kindly providing us with information.

Picasso was introduced to art in his early childhood by his father who was an art professor at the Academy in Barcelona. Picasso's early paintings from Paris are influenced by Toulouse-Lautrec, Honoré Daumier and Paul Gauguin. An interest in Art Nouveau and Symbolism culminated in Picasso's 'blue period' in which he concentrated on the depiction of suffering, haggard, slightly anemicpeople, reflecting the fin-de-siècle mood of pessimism. In Paris Picasso's contact with innovative art circles led to a new and different style: the 'pink period', which lasted from 1904 to 1906. Delicate pastel colorsdominate his works of this period, often depicting scenes from the world of the circus. The 'Demoiselles d'Avignon' of 1907 mark the beginning of his Cubist period in which he exceeded the classical form. The works produced between 1909 and 1912 are considered analytically Cubist: The picture surface is divided into rhythmically ordered sections. From 1912 Picasso also integrated specific objects and began making collages. After a realist phase around 1915 and an interest in Diaghilew's ballet in 1917 Picasso developed a neo-Classicist style. Five years later his interest in Surrealism led to yet another new means of expression. The next turning point in Picasso's oeuvre is marked by 'Guernica' which was painted in 1937. It was commissioned for the Spanish pavilion at the World Exhibition in Paris and publicly criticizedthe air-raids on the Basque village of Guernica flown by the Franco-friendly German 'Legion Condor' during the Spanish Civil War.

The art magazine"Cahiers d´Art", published by Christian Zervos, released a series of four portraits by Pablo Picasso in 1937, which were made in a complex technical combination of cliché-verre and photogram. All four show the artist's presumably most famous lover, the young French-girl Dora Maar. Picasso met the dark-haired beauty with her marvelous green eyes at the Café Les Deux Magots in Paris in 1936. Soon she would become his muse. In the following Maar did not only pose as model for Picasso, she also documented Picasso's artistic creation on photographs, for example the production of the renowned painting 'Guernica' in 1937. The drafts for the portraits published as reproductions in "Cahiers d´art" were long considered unexplored territory in the oeuvre of the exceptional artist. Only after the death of Maar, who had kept the works in a safe in a bank in Paris for all her life, the works, which were the basis for the acclaimed series in "Cahiers d`art", were put in the public eye in 1998. The estate of the photographer and painter, including two cliché-verre plates and four prints made directly from the cliché-verre plates, was supposed to be sold at an auction in Paris. However, because of the intervention of the French government the works for the Cahiers d´Art project were withdrawn from the sale. Instead they were conveyed to the Musée Picasso. Next to the works from Dora Maar's estate in possession of the museum, the archive of Cahiers d´Art preserved the original models of the four portraits reproduced in the 1937 issue, our work is one of them. They are the photographs Dora Maar made after the cliché-verre's negatives, which, along those from her estate housed by Musée Picasso, presumably are the only works from the well-known Cahiers d`Art project ever offered on the international market.

After the Second World War Picasso retreated to Southern France and began designing and painting ceramic around the middle of the 1940s. During this period he also produced most of his graphic oeuvre: drawings, lithographs, engravings and linoleum cuts. He worked on numerous cycles in which he combined motifs from his own earlier work with historical motifs from Delacroix, Velázquez and Manet. Picasso is considered the paragon of a modern artist who is forever searching for new means of expression. His enormous oeuvre is full of contrasts, broke with all academic restrictions and liberated art in the 20th century.