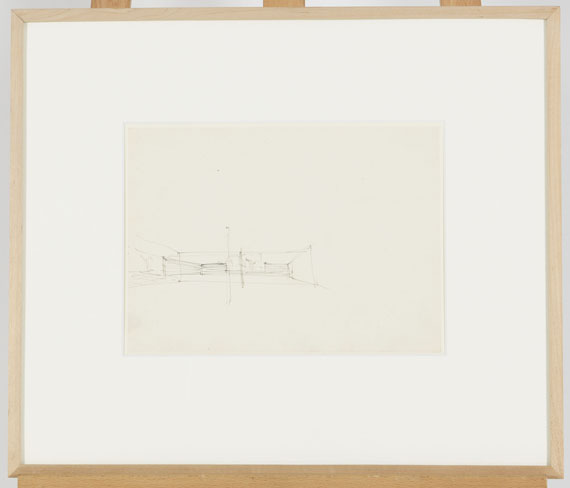 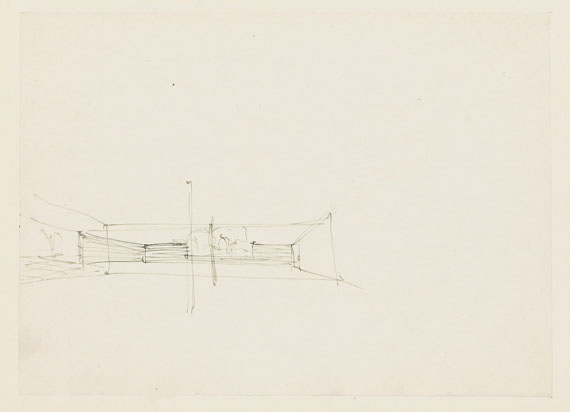 Architectural designs by Ludwig Mies van der Rohe are prime examples for the onset of Modernism in the German and American history of architecture. In context of a competition for an office complex on Friedrichstraße in Berlin in1921, Mies van der Rohe presented a visionary design with variable floor space and a fully glazed outer skin. Even though the design was never executed, its central characteristic features, a facade broken up into room-high glass surfaces and an almost entirely variable segmentation of the floor space, remained formative for later creations by the German-American architect. In the late 1920s Mies van der Rohe was vice president of the German 'Werkbund' (Craftsmen Association) and thus in charge of the execution of the Stuttgart 'Weißenhofsiedlung' (Weissenhof Estate), one of the most outstanding examples of new public housing. In context of his profession as director of the Bauhaus in Dessau in1930, which was closed under the pressure from the National Socialists two years later, Mies van der Rohe was intensively occupied with questions regarding new and modern house building. He tried to transfer the ideas he used for his German pavilion for the International Exhibition in Barcelona (1929) to private house building. Designs from those days for unrealized houses (e. g. Gericke House 1932, Hubbe House 1935) and the small series of "Hofhäuser", of which this sheet is part, deliver impressive proof of how ideas that had been conceived for Barcelona could have been used as solutions for modern housing questions. Following the epochal exhibition "Modern Architecture: International exhibition" at the Museum of Modern Art, New York (1932) as well as the publication of the influential book "The International Style", which largely contributed to the popularity of modern architecture in the U.S.A., Mies van der Rohe settled in the U.S.A. for good and taught architecture at the Armour Institute in Chicago. At the same time he ran his own architecture firm. As a visionary of New Building, Mies van der Rohe participated in many urban development projects in Chicago.