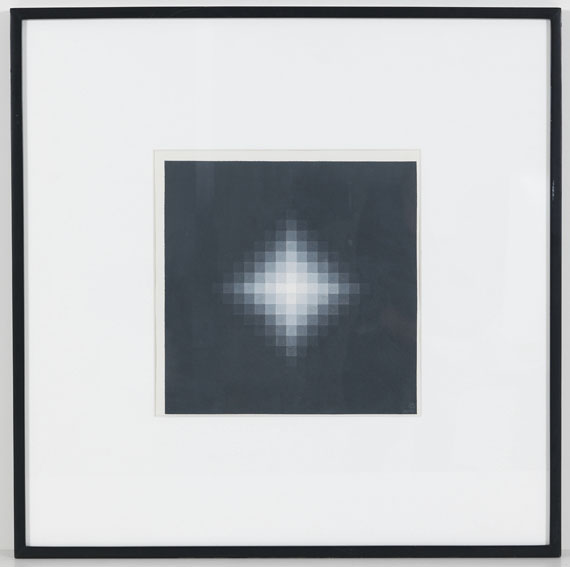 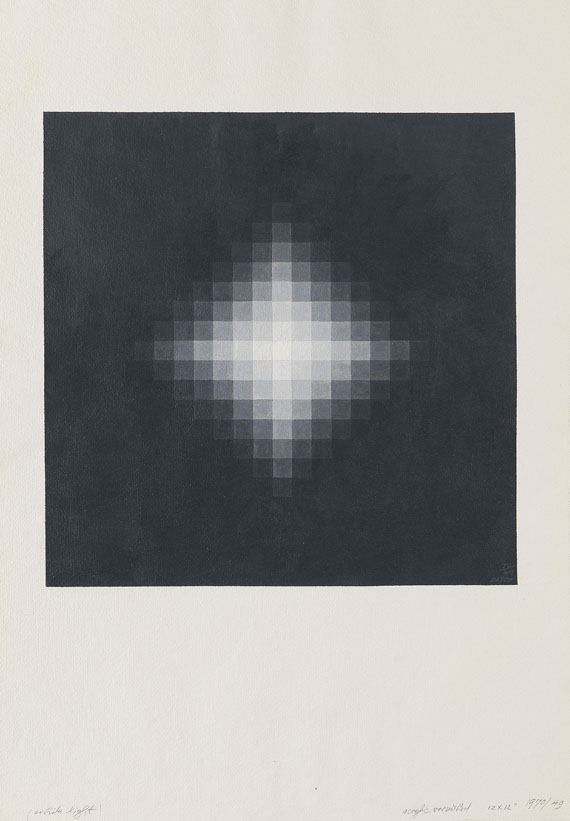 Other than specified in the catalog, this lot number may also be subject to differential taxation + 7% import turnover tax (savings of 5% in comparison with regular taxation).
We are grateful to Dr. Elisabeth Nowak-Thaller, LENTOS Kunstmuseum Linz, for her kind support in cataloging this lot.

At the age of nineteen Herbert Bayer took up an apprenticeship with the architect and designer Georg Schmidthamer in Linz, where he produced his first typographic works. From 1921 Bayer worked at the Darmstadt artists' colony as assistant to the architect Josef Emmanuel Margold. In the same year Bayer enrolled as a student at the Weimar Bauhaus, where he initially attended the pre-course under Johannes Itten followed by a workshop on mural painting, lead by Wassily Kandinsky. In 1925 the artist completed his training with a final examination. Herbert Bayer was appointed head of the newly created workshop for print and advertising at the Dessau Bauhaus, where they also produced the school's own print works.

In 1928 the artist left Bauhaus to focus more on his own artwork and moved to Berlin, where he worked as a graphic designer in advertising and as an artistic directorof the Paris "Vogue" magazine. In 1938 Herbert Bayer emigrated to the US, where he arranged the exhibition "Bauhaus 1919-1928" at the New York Museum of Modern Art in the very same year. In 1946 he moved to Aspen, Colorado, where he increasingly worked on strictly geometric compositions such as this work "White light" as of the 1960s. Bayer's art from the constructivist period are based on modulation, sequencing and overlaying of geometric basic forms circle, triangle and square. In contrast to European abstraction of the 1920s, most of Bayer's creations from these years are arranged symmetrically and gain their appeal through the strict formal reduction. Additionally, in "White light" this effect is increased to a strong yet easing lighting through the modulation of black and white only.

In 1974 the artist moved to Montecito, California, where he died in 1985. Herbert Bayer received numerous awards and honors, including an honorary doctorate of the "Technische Hochschule Graz", the "Austrian Decoration for Science and Art", the "Ambassador's Award for Excellence" in London and the "Kulturpreis für Fotografie" in Cologne.