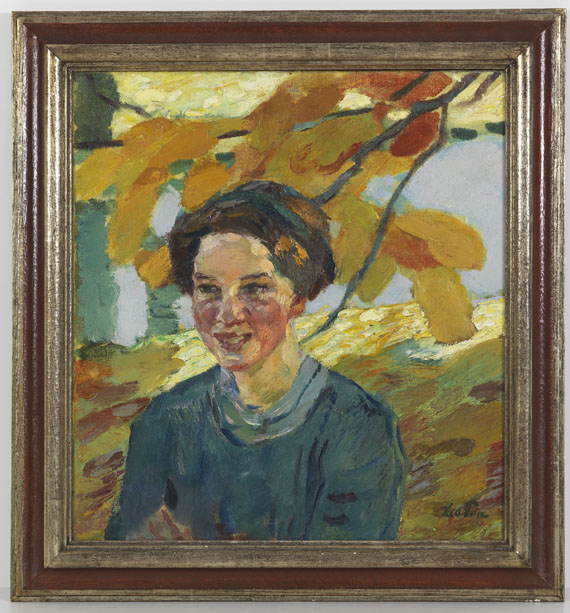 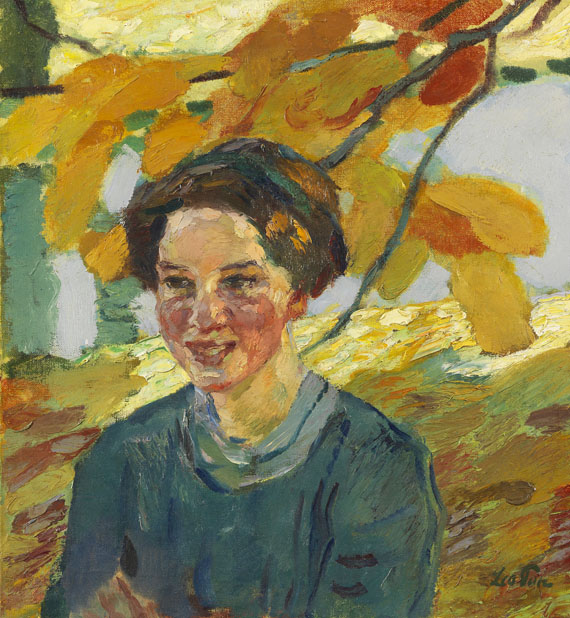 Accompanied by a written expertise issued by Wolfgang Schüller, Munich, from 5 March, 2014.

The group confronted the predominant academic style and Historicism with a new, temperamental painting style, which was influenced by Wilhelm Trübner. The central subject was the depiction of people, mainly women. A beautiful example are the so-called 'Hartmannsberger' pictures, studies of bathing female nudes, which capture the magic and the light of plein-air-painting. Leo Putz was appointed professor at the age of 40 but had to leave Germany six years later as he was considered a public enemy by the 'Räterepublik'. The following years he spent in exile in The Hague. Putz and his family returned to Gauting in Bavaria in 1923 when he was honoured with an honorary membership of the Bayerische Akademie der Schönen Künste (Bavarian Academy of Fine Arts). In 1929 Putz travelled to São Paulo, his first trip overseas. He and his family spent the following years in South America, travelling to Buenos Aires, Argentina and to the jungle in Bahia. His work was recognized in Mexico with an honorary professorship at the Escola Nacional de Bellas Artes in Rio. The time spent in South America had a significant influence on Putz' painting: southern landscapes and people populate his works, the palette is bright and colorful. In 1933 Putz once again returned to Gauting with his family. While he was honoured with a large exhibition at the Künstlerverein (Artist Society), Putz still felt the need to flee from the National Socialists as they prohibited him to continue painting in 1937 and dissolved the Secession and all artist groups in Munich in 1938. Leo Putz died on 21 July 1940 in his exile in Meran. He was buried in Gauting.