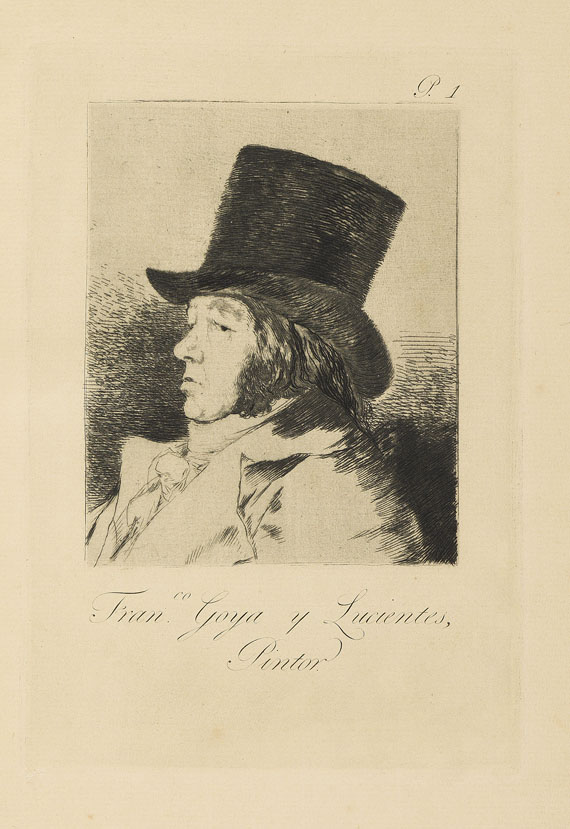 "Once you have seen the Caprichos you will never forget them again: they are the best criterion for real art. The Spanish coloring and the strange mode of illustration, the energy the modeling emanates, both the line's depth and width, the ingenious shading, the poised distribution of light and shade, the perfect balance between composition and execution, the focus on what matters and the omission of what doesn't, e.g. the background, avoiding to be mannered, all these aspects fall together and make for the special position that the Caprichos occupy in the history of engraving. […] They owe their fame to their witty content, to be more exact, to the references to life in Madrid that one believes to find in those sheets. The Caprichos made Goya the main representative of satiricalillustration. They have remained unmatched until today, even though political and social tensions in the 19th century led to an anormous production in this field. Caprichos means ideas. However, what Goya subsumes under this title are not the ideas of a harmless artist who scribbles ontothe plate whatever crosses his mind. They are the ponderings of a critical mind which sharply observes the world, one who will only use the needle in order to pour biting sarcasm him over the conditions that strike him. For explanations Goya just added brief subtitles and short hand-written notes. But one would be fooled by the assumption that Goya clearly expressed the meaning of these sheets. The clever artist used captions and commentaries merely to conceal his thoughts in a remarkably cunningmanner, by means of generalization he gives a seemingly harmless, purely human interpretation, in doing so he made it even harder to solve the enigma. Life in Madrid offered enough reason for scornful observations. Many his sheets adress the lack of morals, the life of prostitutes and their panderers. One should not be surprised about the illustrations being quiet obscene at times; the days of Rococo were used to that." (Richard Oertel, Francisco de Goya, Bielefeld/Leipzig 1907, pp. 92ff., published in the series of artist monographies, vol. 49, published byH. Knackfuß) [CB]. 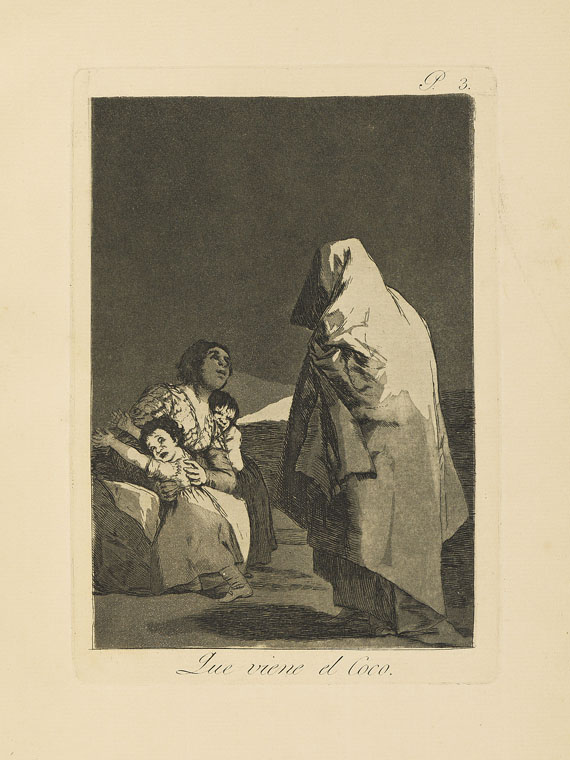 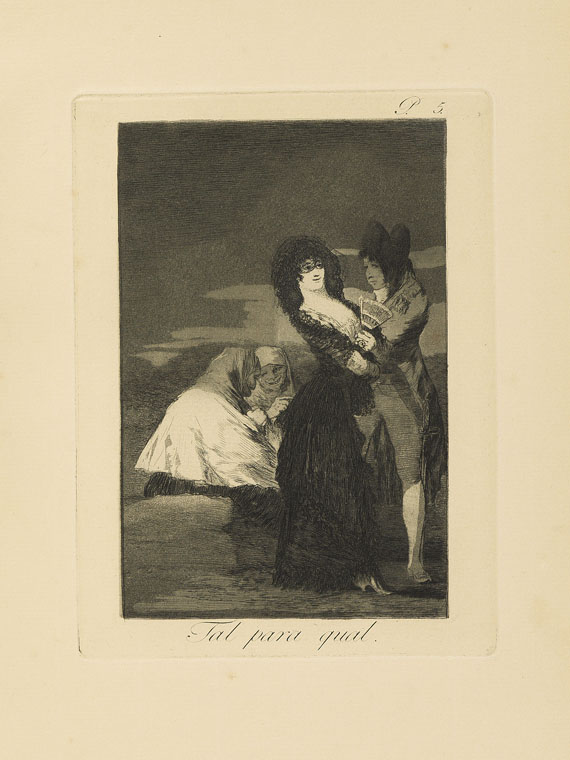 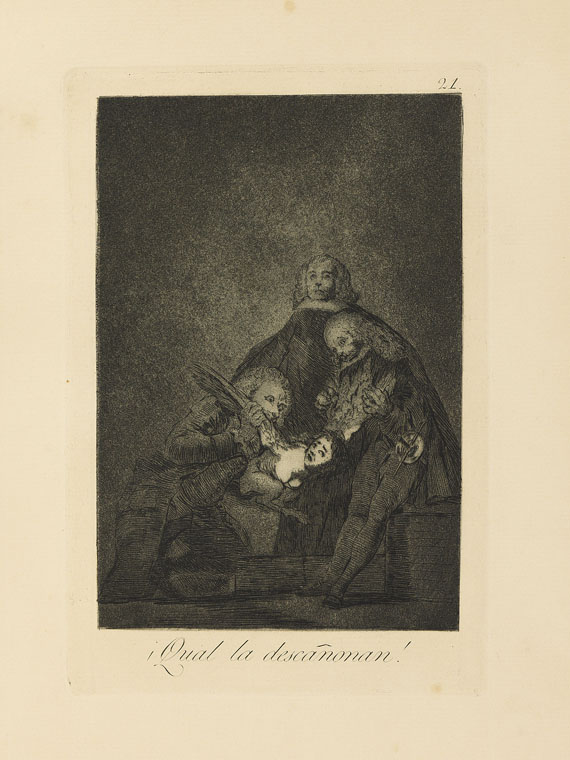 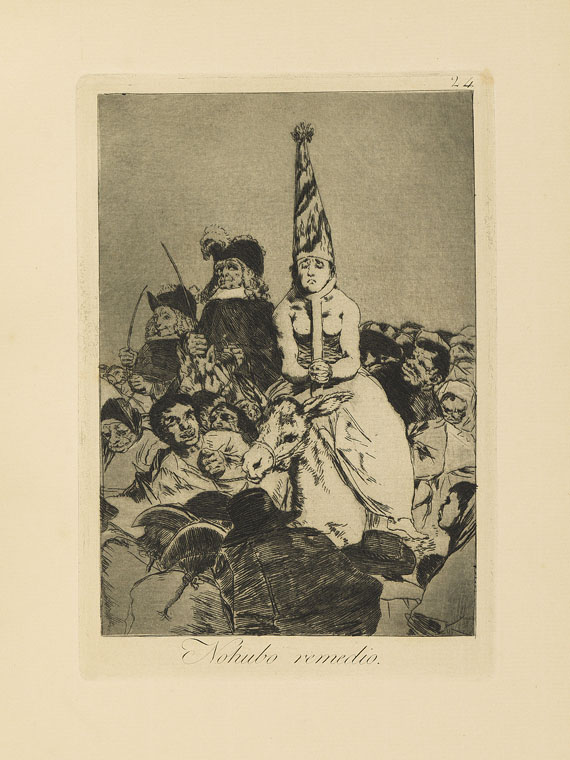 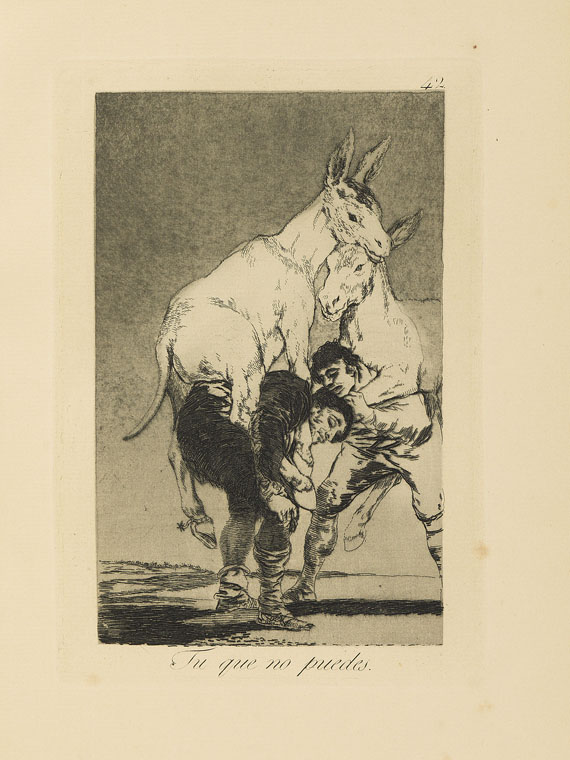 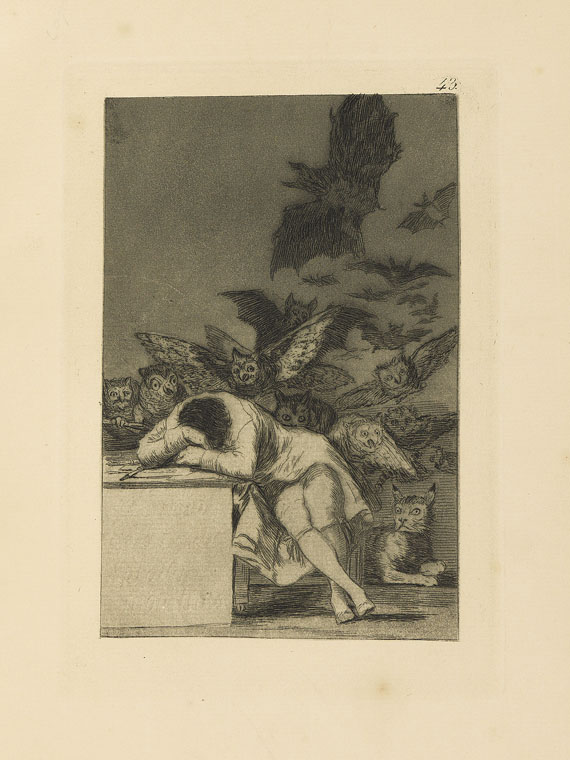 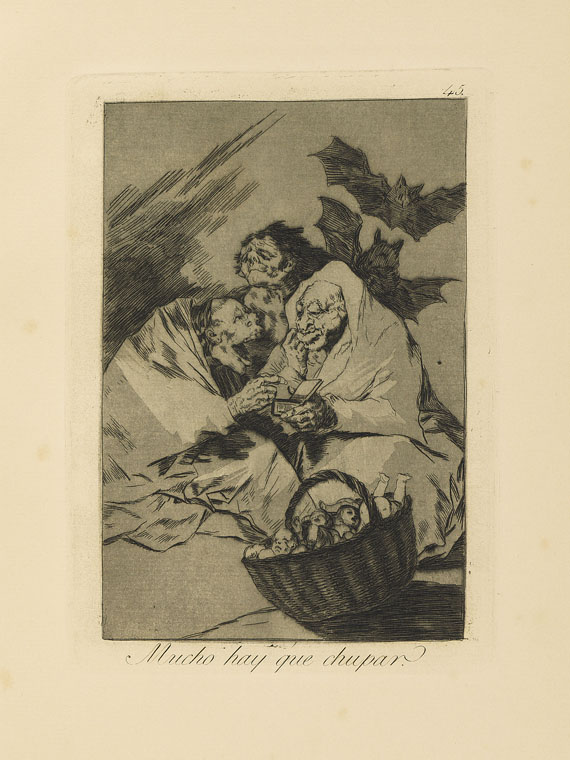 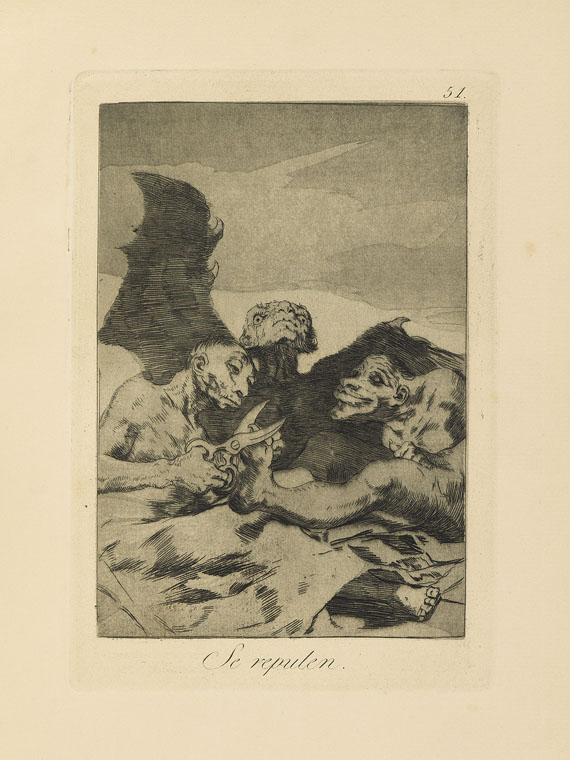 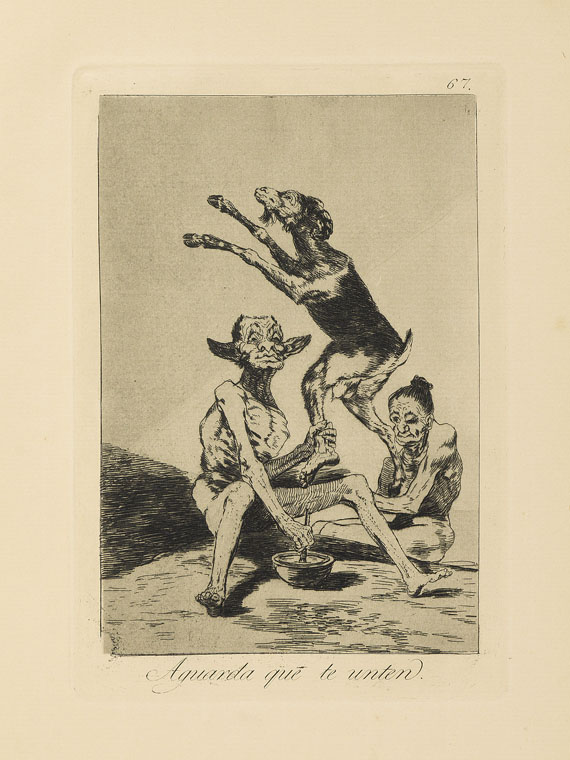 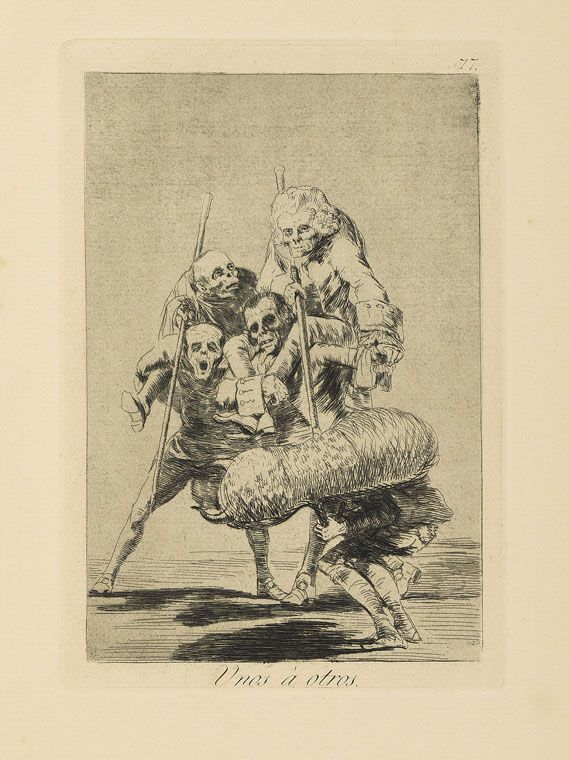