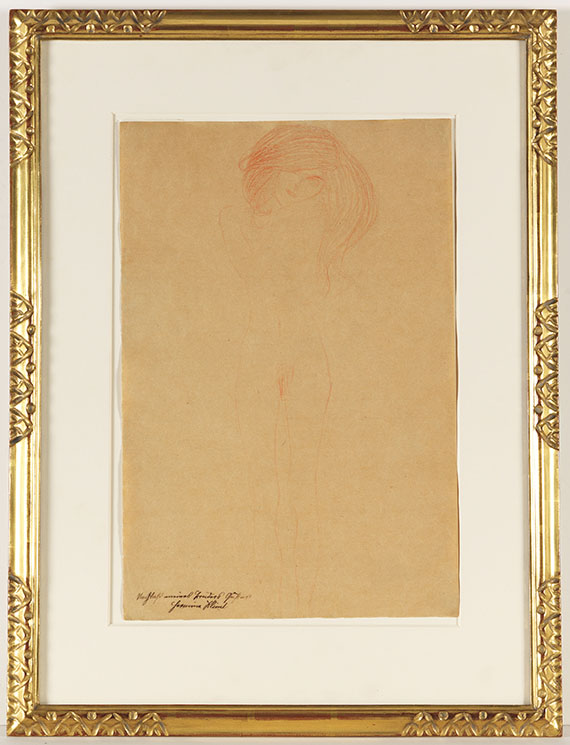 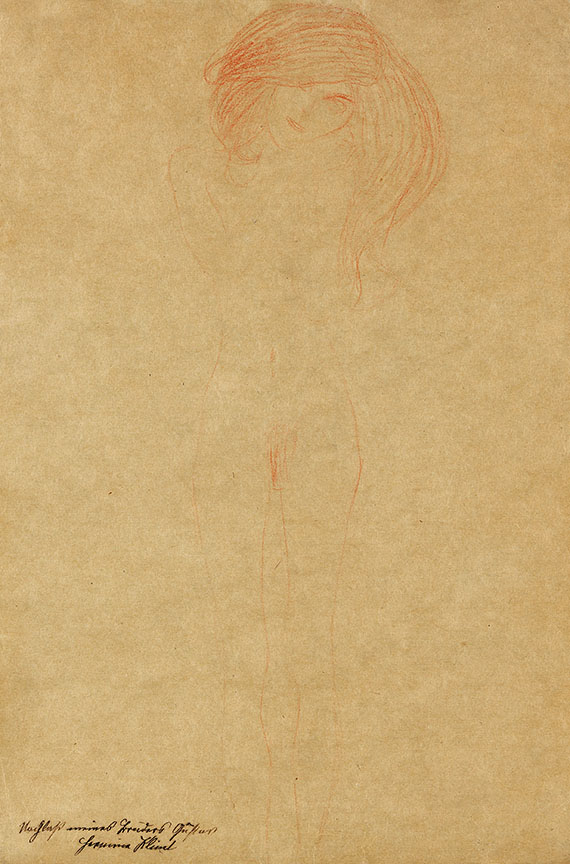 We are grateful to Dr. Marian Bisanz-Prakken for her kind support in cataloging this lot.

At the same time the Vienna Secession emerged and Klimt was a founding member and its first president from 1897 to 1905. In 1902 Klimt executed the famous Beethoven frieze for Josef Maria Olbrich's Secession building, which can still be visited in the basement of the building. In 1905 Klimt and a group of like-minded people left the Secession due to conflicts with the artist association's naturalistic wing. Klimt's motifs were partly provocatively erotic, partly playfully ornamental. He created impressing portraits, especially of ladies from the Viennese high society, but also intensively dense landscape paintings. Like no other artist and as the favourite of certain circles of the Viennese society of the ending monarchy he was able to depict the spirit of the feudal bourgeoisie with its aspirations to cultivate the aesthetic and its yearning for the pleasures of life at the Fin-de-Siècle. Klimt travelled extensively - one of his most important works is not in Austria, but in Brussels: he executed the decoration of the dining room in Josef Hoffmann's Palais Stoclet, a Gesamtkunstwerk of Viennese Art Nouveau. The artist's international approval was proven by numerous exhibitions and finally moved the conservative spirits, who honoured him: Although a professorship for Klimt was repeatedly refused, he became honorary member of the academies in Vienna and Munich. Gustav Klimt died from a stroke in his hometown Vienna on 6 February 1918. [EH].