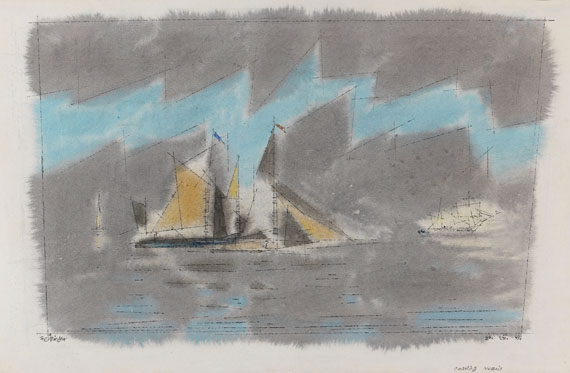 Accompanied by a photo expertise issued by Achim Moeller, New York, dated 25 September, 2013. The work is registered in the archive of the Lyonel Feininger Project LLC, New York, under the number 1224-09-25-13.

Feininger's artistic breakthrough in the US only came in 1944 with a retrospective exhibition at the Museum of Modern Art in New York. In 1945 Feininger ran a summer course at the Black Mountain College in North Carolina, where he met Gropius and Einstein. His teaching, his writing and his later watercolors were an important source for the development of Abstract Expressionism in America. 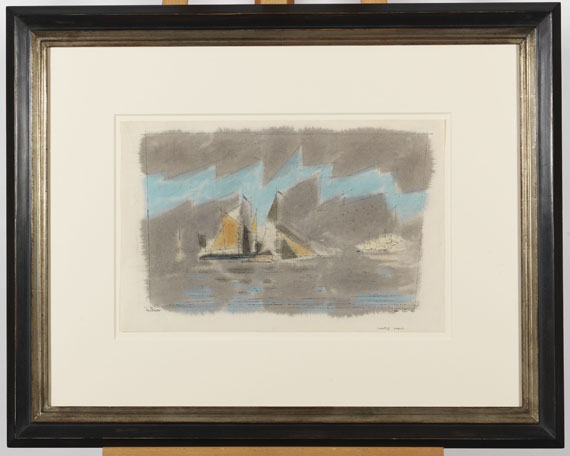