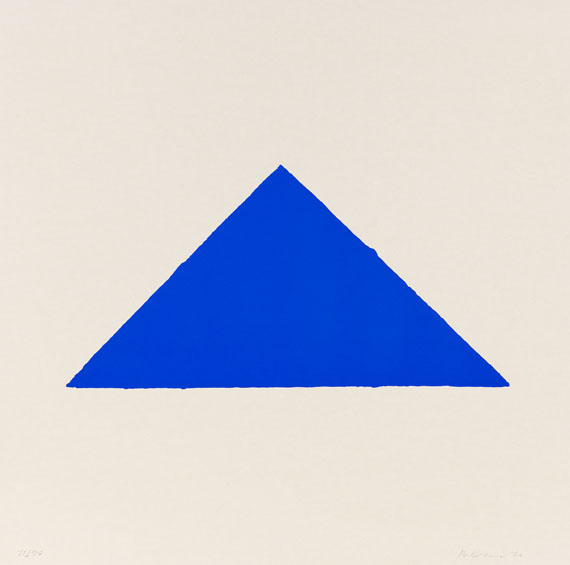 Blinky Palermo was born as Peter Schwarze on 2 June 1943. The same year, he and his twin Michael were adopted by Erika and Wilhelm Heisterkamp. In 1961 Palermo began his artistic training at the Werkkunstschule [Arts and Crafts School] in Münster. The following year he began studying at the Kunstakademie in Düsseldorf with Bruno Goller, but in 1964 changed to the group being taught by Joseph Beuys. Owing to his similarity to the Italian Mafioso Blinky Palermo, he adopted this name as his pseudonym. In 1965 he had his first official exhibition using this name. In 1967 he finished his studies at the academy in Düsseldorf. The friendships he made during his student days with Sigmar Polke and Gerhard Richter remained even after his move to Mönchengladbach in 1969.

Various commissions for wall paintings, including Edinburgh and Brussels, followed after his participation in documenta 5 in 1972. In 1973 he moved to New York. Together with Baselitz and Polke he was represented with metal pictures at the XIII Bienal de São Paulo in 1975. In 1976 he returned to Düsseldorf, where his metal picture series 'To the People of New York City' was created. At the age of 34 Palermo unexpectedly died on 17 February 1977 of a heart attack while on a holiday trip. Blinky Palermo's œuvre, which plays a significant role in the art of the 1960s and 1970s can be divided into three periods: Whereas during his student years he investigated the possibilities of painterly media with canvas, textile and object pictures, between 1968 and 1973 his artistic vocabulary is reduced in numerous techniques. The last period of creativity lead back to his early style, which the artist applied to the metal paintings that finally became characteristic of his style. Beyond a nameable stylistic classification or group membership, in just 15 years a consequent development takes place, which has a wide influence even on the present time. [KP] 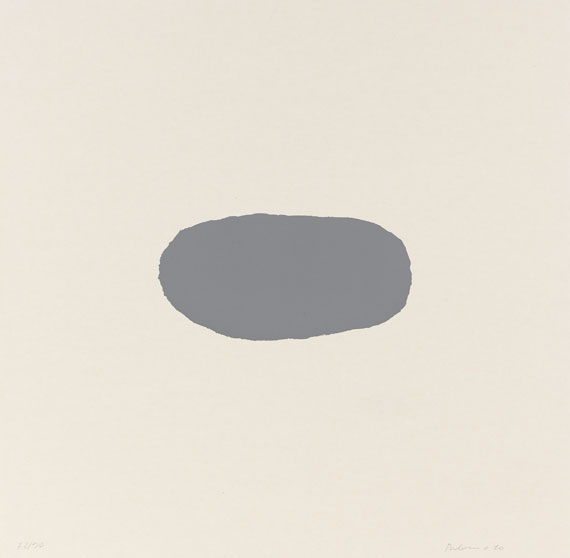 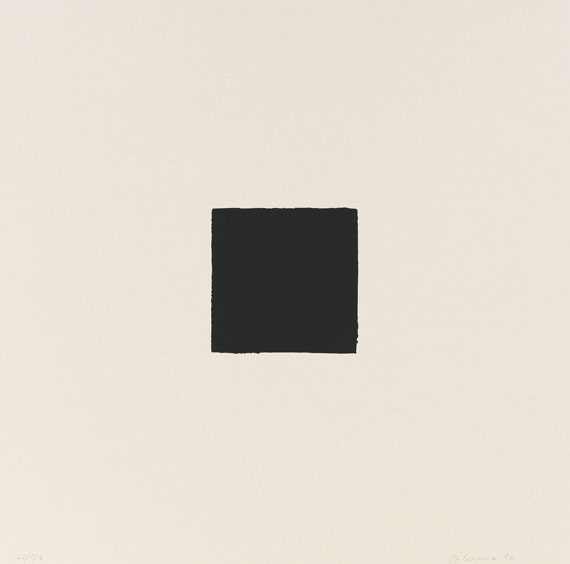 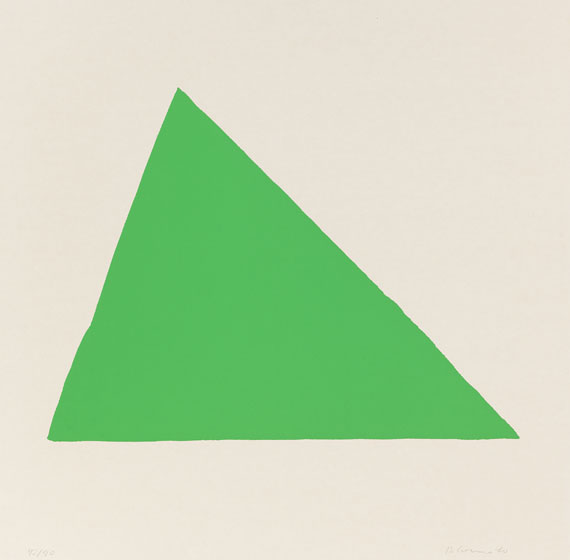