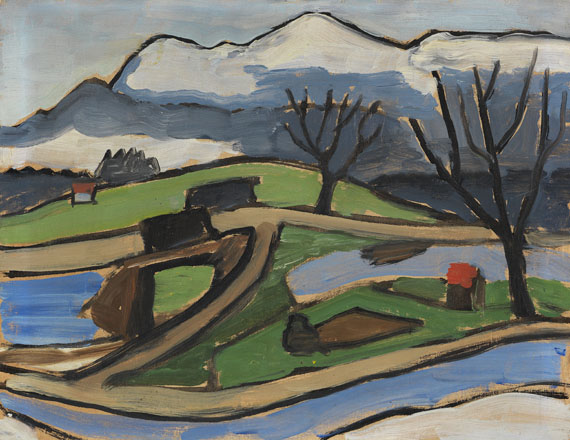 Gabriele Münter experienced a period of great productivity in Murnau as of 1931, making a large number of paintings and watercolors, mostly of still lives and landscapes. Just as it was the case during the days of the "Blauer Reiter", the landscape motifs are once more conceived "large and simple", as Münter calls it. Flowing contours enclose the color fields, the application of the paint and the composition itself are more homogeneous than in her earlier period of creation. In this work she shows a view over hills in spring up to peaks still covered with snow. It was the changing atmospheres that inspired Gabriele Münter.

In 1956 she received the Culture Prize of the City of Munich. The year 1960 saw the first exhibition of Münter's work in the US, followed in 1961 by a large show in the Mannheim Kunsthalle. The artist died in her house at Murnau on 19 May 1962. [EH]. 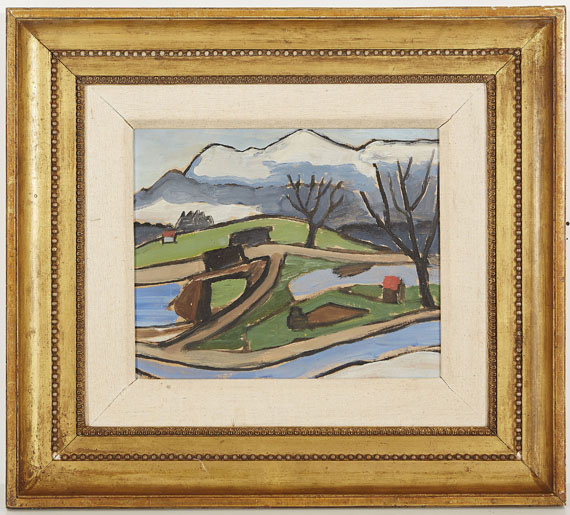