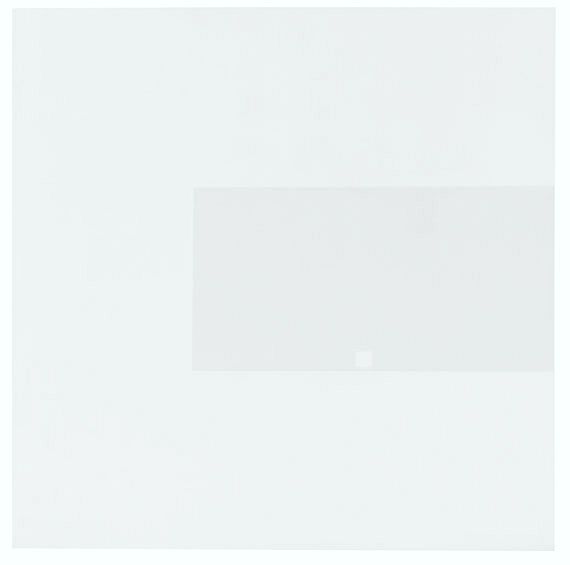 After his first one-man exhibition in 1923 Antonio Calderara broke off his studies in engineering in 1925, which he had begun two years earlier at the Milan Polytechnicon. As an autodidact Calderara was a painter who experimented a great deal between the 1930s and late 1950s, attempting various different styles in a relatively short period of time. His oeuvre includes still life related to Morandi's quiet meditative style as well as landscapes and figurative scenes in an Impressionist style and portraits in the manner of the "Neue Sachlichkeit". Searching for his own artistic expression, the misty landscape of Lake Orta - where he lived for several decades - became his favourite subject. Gradually, in reaching a higher degree of abstraction in his Lake Orta landscapes, Calderara finally abandoned landscapes and architecture and discovered a completely abstract world in which reality is apparent only as a memory. According to the artist himself, he painted his first purely abstract work in 1959. From this period onwards he developed an abstract style in pastel colors, which is reminiscent of works by Albers. Based on the principle of the Golden Section, numbers and proportions were of great importance to Calderara. The artist called his geometric approach the "spazio mentale", "mental space". He differs from other Constructivists and "art concrète" artists in that he had no strictly radical concepts or color schemes - despite all his systematics - but was partly guided by intuition.

With the reduction on form, proportion and a minimum of colors, Antonio Calderara comes close to his aim of painting nothingness. His art follows the highly philosophical approach of rendering perception artistically. "In a constant dialog with the artwork I have come to understand that there is nothing to be understood nor to be explained. Understanding and explaining means to accept the message in humbleness, in silence and in full trust." (quote after: A.Calderara in: exhibition brochure of exhibition A.Calderara, Kunstmuseum Luzern 29 March - 9 May, 1969).

Calderara described his artistic intention with the words: "I want to paint nothingness, the void, which is the whole, silence, light, order, harmony. The infinite." Antonio Calderara lived in Milan and Vaciago until his death in 1978. [EH]