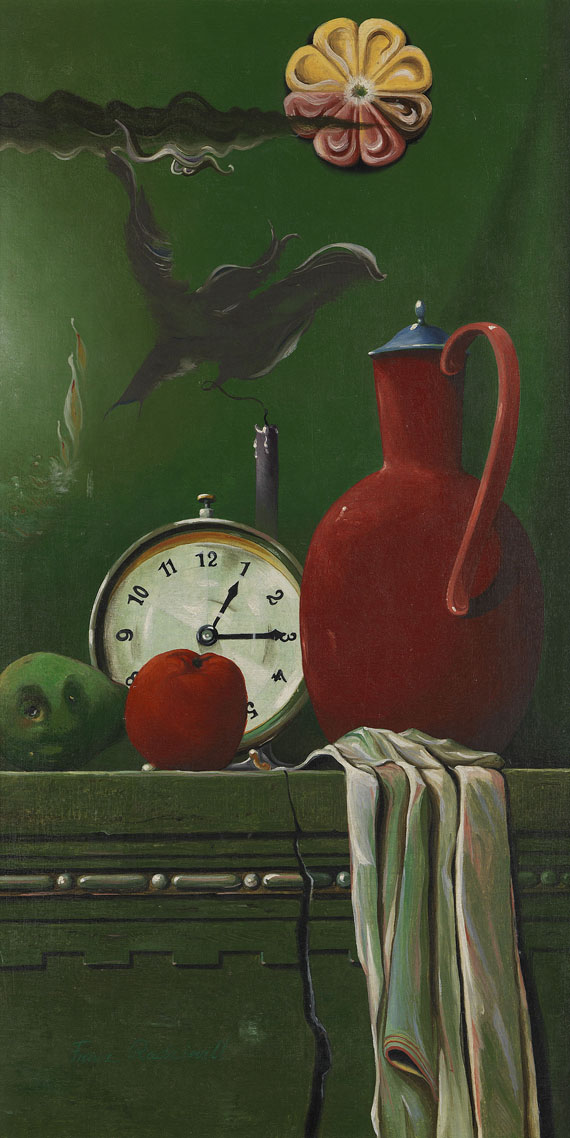 We are grateful to Wilfried Seeba, Bremen, for his kind support in cataloging this lot.

Franz Radziwill was born as the first of seven children in Strohausen near Rodenkirchen on th lower Weser on 6 February 1895. Before turning to art Franz Radziwill first completed an apprenticeship as a brick-layer from 1909 to 1913. He studied architecture at the Höhere Technische Staatslehranstalt in Bremen until 1915 and also attended evening classes in figure drawing at the Kunstgewerbeschule. He was introduced to artist circles in Fischerhude and Worpswede by his teacher Karl Schwally, where Radziwill met Bernhard Hoetger, Otto Modersohn, Heinrich Vogeler and Clara Rilke-Westhoff. He also studied works by Van Gogh, Cézanne and Chagall. After returning from a British prisoner-of-war camp in 1919 Radziwill settled in Berlin for a couple of years where he joined the 'Freie Secession' and the 'Novembergruppe'.

He moved to Dangast on the North Sea in 1923, and had his first one-man exhibition in Oldenburg two years later, in 1925. In the same year, Radziwill increasingly abandoned the Expressionist style of his early work. He developed a friendship with Otto Dix in this year, who introduced him to the 'Neue Sachlichkeit' circles and worked together with Dix in his studio in Dresden until 1928. He participated in the large 'Neue Sachlichkeit' exhibition in the Stedelijk Museum in Amsterdam in 1929. Radziwill was much praised when he took over Paul Klee's chair at the Düsseldorf Akademie in 1933. The Nazis forced him to resign two years later, however, and banned him from practising his profession. He fought in the war a second time from 1939 to 1945 and then returned to his house in Dangast, where he began painting religious subjects.

The Oldenburg Kunstverein organised a large exhibition of Radziwill's work on his sixtieth birthday, which toured sixteen German cities. The artist was awarded the Villa-Massimo Prize in 1963 and spent some time in Rome. Around the mid 1960s Radziwill began changing his older works by painting over them. The two most important exhibitions during the last decade of his life were the jubilee exhibitions on his eightieth birthday at the Landesmuseum Oldenburg (1975) and the so-far largest retrospective exhibition, with four hundred works, at the Staatliche Kunsthalle Berlin (1981). Most recently, his works have been on show at the Kunsthalle Emden in 1995 and in the exhibition 'Der Geist der Romantik in der deutschen Kunst' at the Haus der Kunst in Munich. [KP].