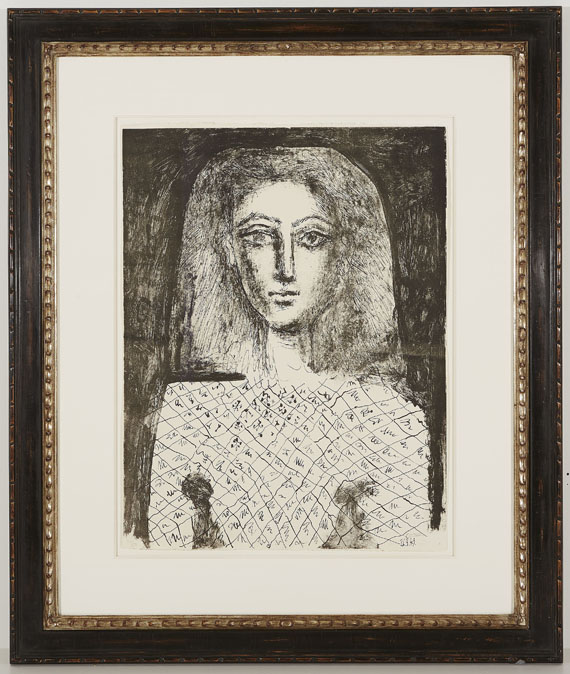 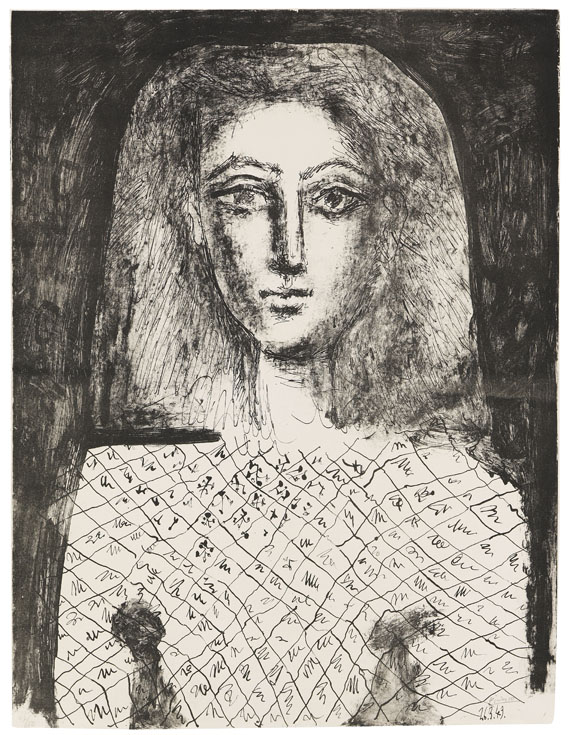 Picasso was introduced to art in his early childhood by his father who was an art professor at the Academy in Barcelona. Picasso's early paintings from Paris are influenced by Toulouse-Lautrec, Honoré Daumier and Paul Gauguin. An interest in Art Nouveau and Symbolism culminated in Picasso's 'blue period' in which he concentrated on the depiction of suffering, haggard, slightly anaemic people, reflecting the fin-de-siècle mood of pessimism. In Paris Picasso's contact with innovative art circles led to a new and different style: the 'pink period', which lasted from 1904 to 1906. Delicate pastel colors dominate his works of this period, often depicting scenes from the world of the circus. The 'Demoiselles d'Avignon' of 1907 mark the beginning of his Cubist period in which he exceeded the classical form. The works produced between 1909 and 1912 are considered analytically Cubist: The picture surface is divided into rhythmically ordered sections.

From 1912 Picasso also integrated specific objects and began making collages. After a realist phase around 1915 and an interest in Diaghilew's ballet in 1917 Picasso developed a neo-Classicist style. Five years later his interest in Surrealism led to yet another new means of expression. The next turning point in Picasso's oeuvre is marked by 'Guernica' which was painted in 1937. It was commissioned for the Spanish pavilion at the World Exhibition in Paris and publicly criticised the air-raids on the Basque village of Guernica flown by the Franco-friendly German 'Legion Condor' during the Spanish civil war. After the Second World War Picasso retreated to Southern France and began designing and painting ceramic around the middle of the 1940s. During this period he also produced most of his graphic oeuvre: drawings, lithographs, engravings and linoleum cuts. He worked on numerous cycles in which he combined motifs from his own earlier work with historical motifs from Delacroix, Velázquez and Manet.

Picasso is considered the paragon of a modern artist who is forever searching for new means of expression. His enormous oeuvre is full of contrasts, broke with all academic restrictions and liberated art in the 20th century. [KD]