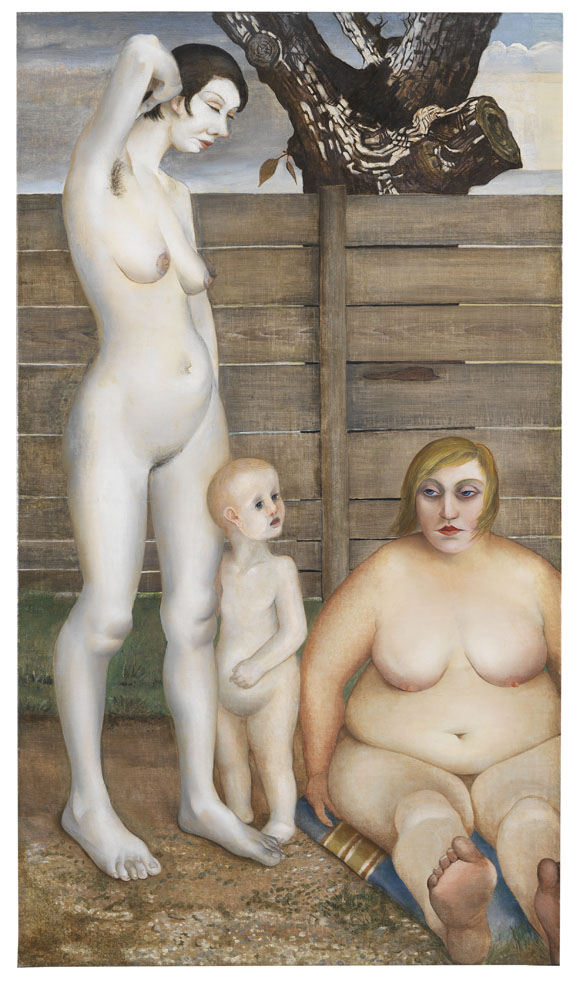 In 1927 he was appointed professor at the Dresden Akademie, but was dismissed again in 1933 and was finally no longer permitted to exhibit his works as an 'unwanted artist'. Dix then moved to Randegg near Singen and three years later to Hemmenhofen on Lake of Constance. In 1945 the artist was drafted into the 'Volkssturm' and was captured by the French in Colmar. After the war annual stays in Dresden, the membership at the academies in Berlin-Dahlem and East-Berlin led to a continuing shuttling over the frontier and between two state arts. Dix' trips to Southern France, Italy and Greece were enriched in 1962 by a study stay at the Villa Massimo in Rome and two years later by the membership of honour of the Accademia delle arte del disegno in Florence. Since 1950 there was a thematical and stylistic change in his late works, which led from the urban culture to bucolism, from the polemically realistic to the carefree-expressionistic. Dix was still interested in portraits, but religious subjects and landscapes also played a dominant role.

In 1926 Otto Dix painted "Drei Weiber", a work that illustrates physical decline in a drastic manner. It may have been a source of inspiration for the unknown painter of this work, however, his interpretation is milder, of which the title alone (Sunbath) delivers proof of. Still in line with New Objectivity, the composition's statement is more binding, even though the old tree with its sawed-off branches and the saplings in the background still underlines the theme. [KD].

More Information
+
Sell
Get a free appraisal for a similar object!
+
Register for
Unbekannt
+
Buying from A-Z
+
Contact a specialist
Share