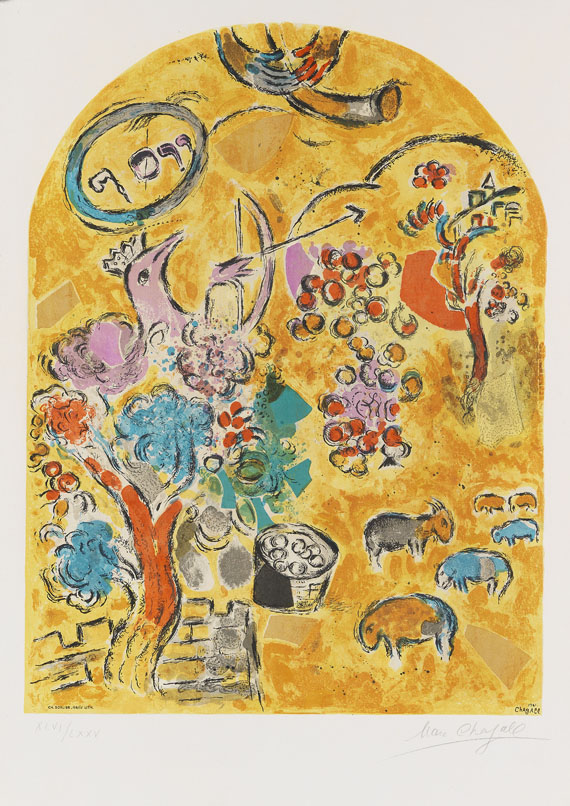 A few large commissions interrupt his quiet life in Vence: Chagall designs glass windows for several public buildings, e.g. the cathedral of Metz (1958), the synagogue of the Hadassah-university clinic near Jerusalem (1960) or the house of the United Nations in New York (1964). He also gets the commission for a ceiling fresco for the opera of Paris. When it is finished in 1964, Chagall starts some wall paintings at the Metropolitan Opera in New York, which are christened in 1967. Beyond that, the extensive work of Chagall includes the areas of ceramics and plastic art, at which the artist tries his hands from 1950 on.

In 1985 Marc Chagall died in his adopted home Saint-Paul-de-Vence on the Côte d'Azur. [CB]. 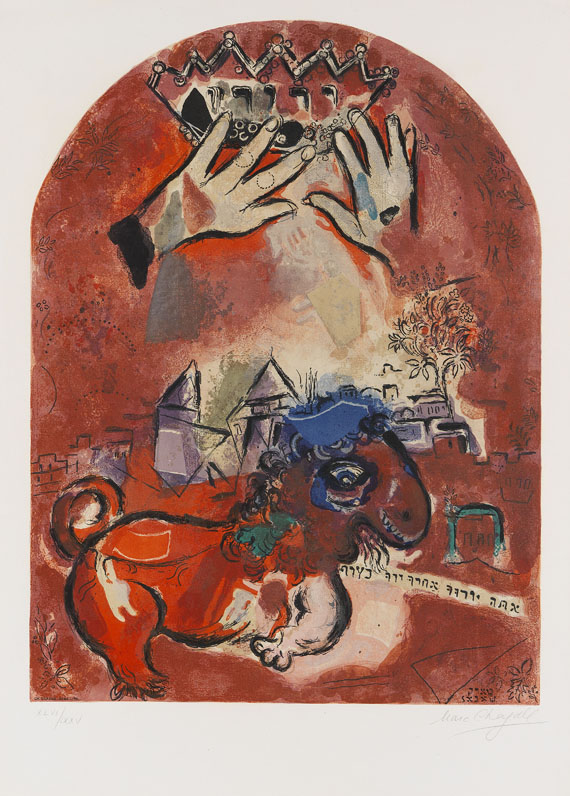 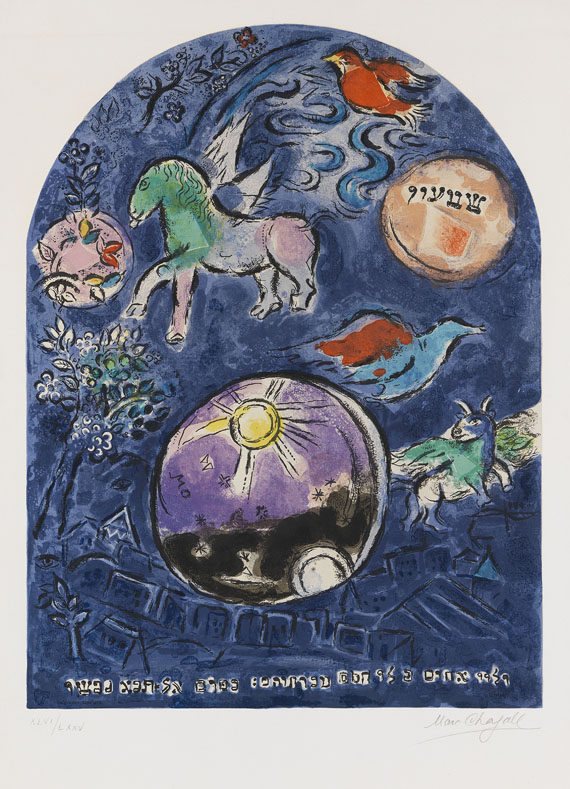 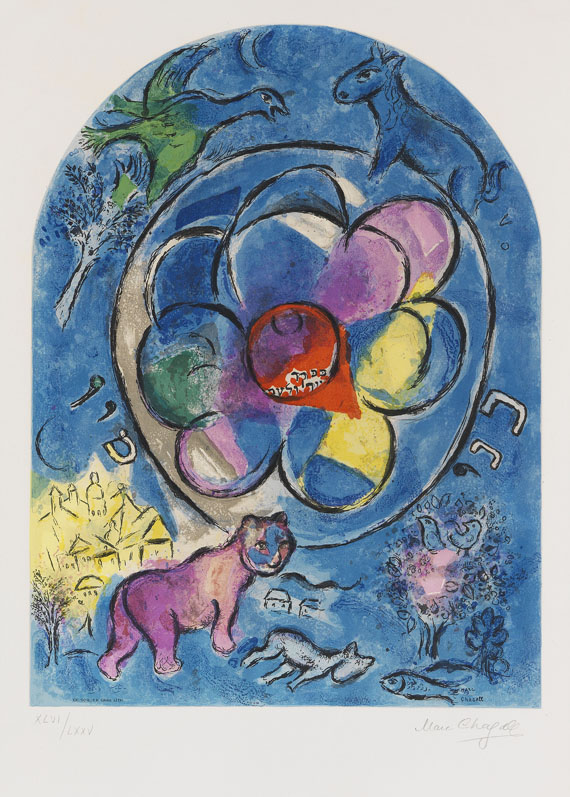 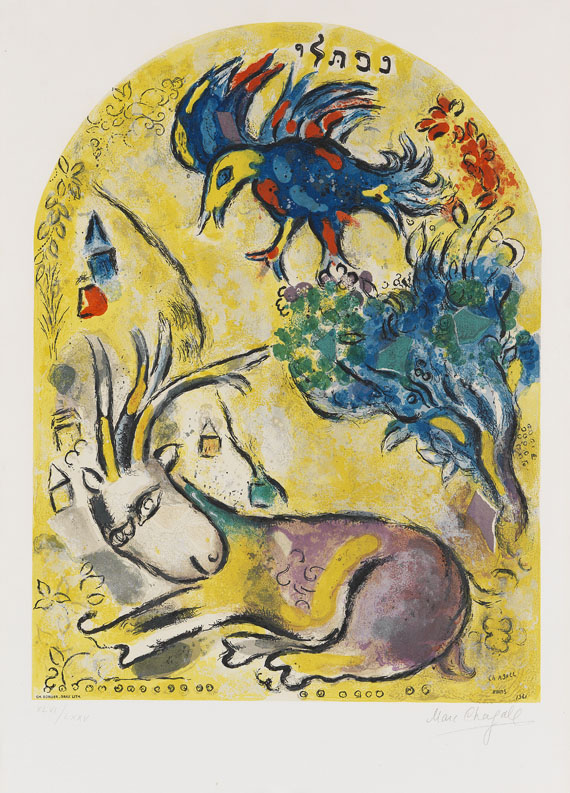 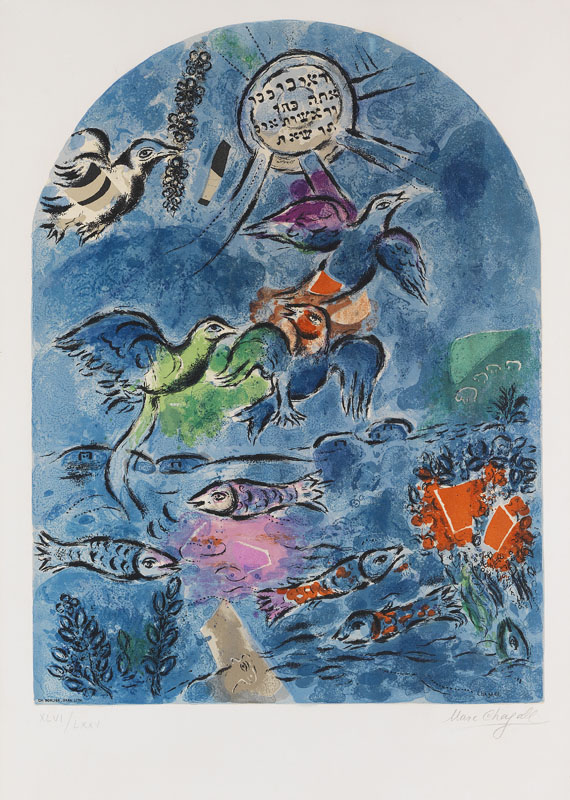 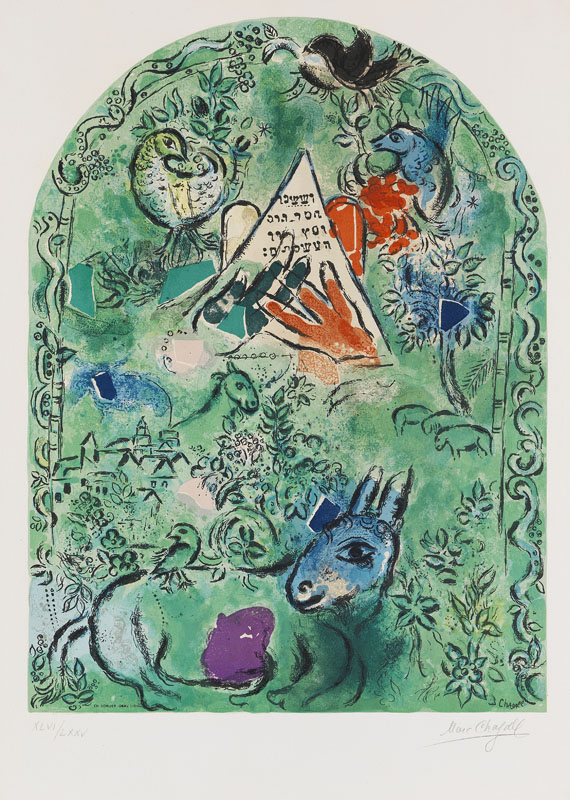 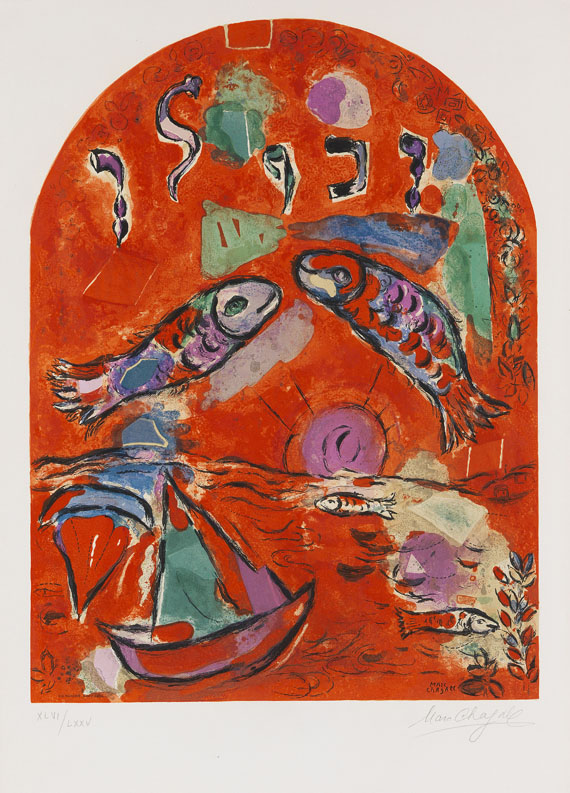 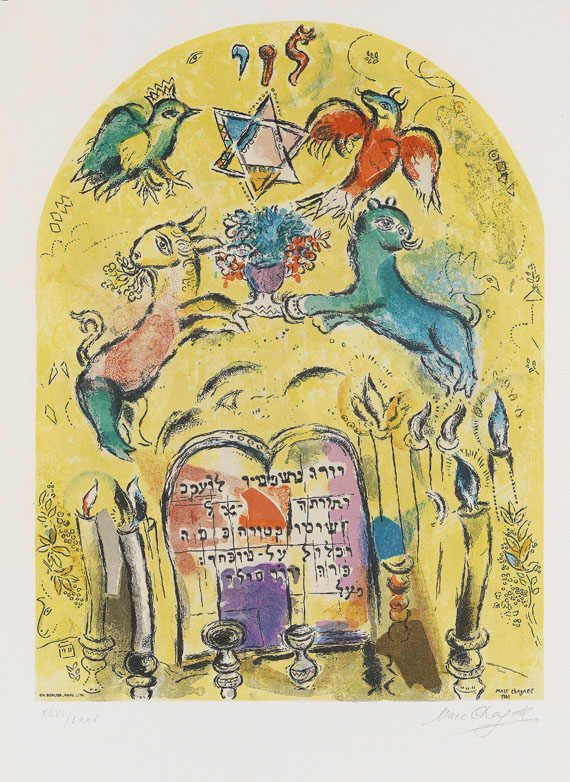 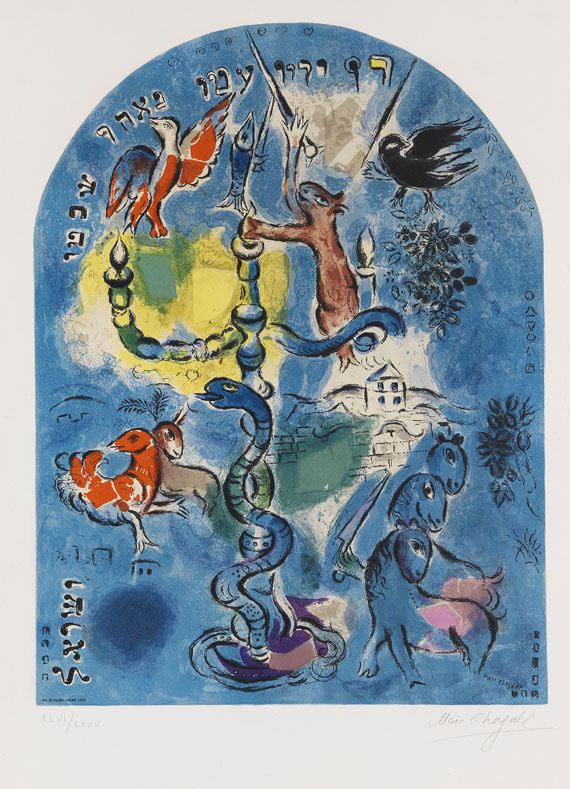 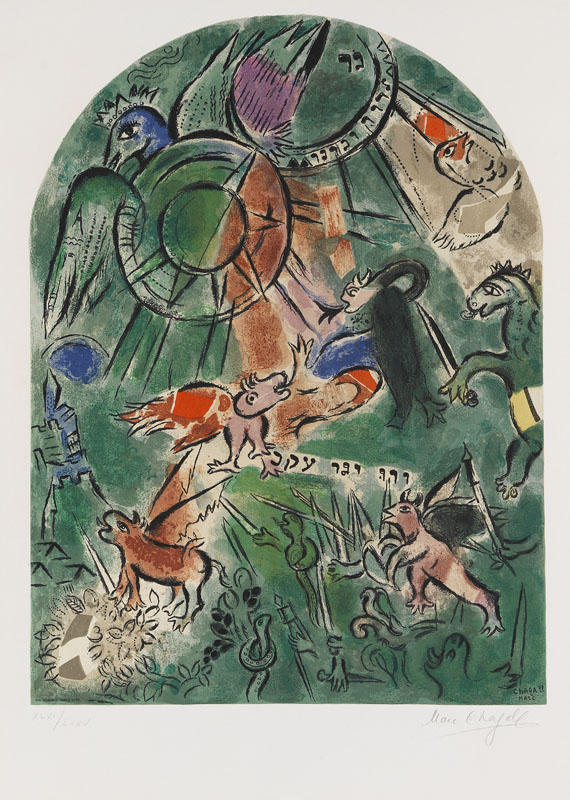 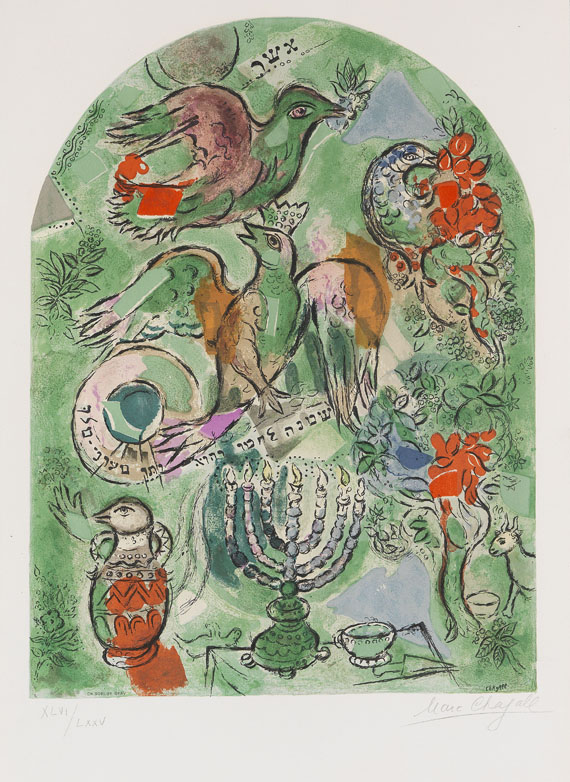