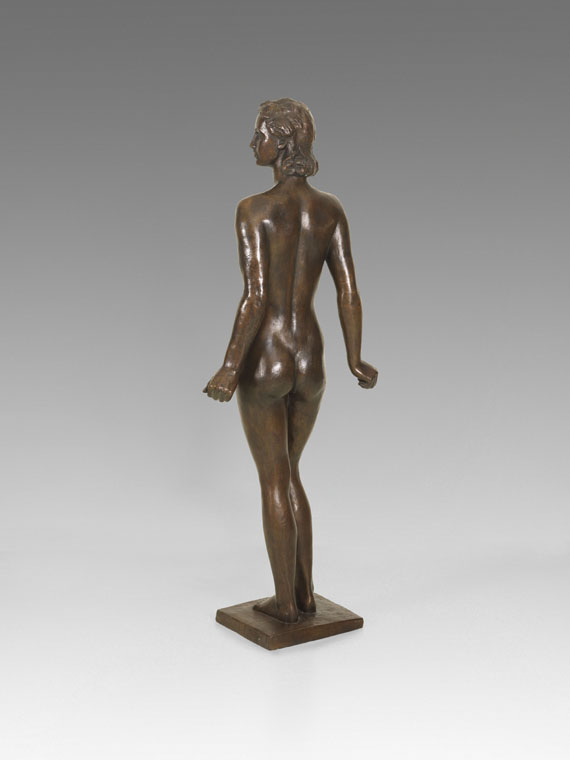 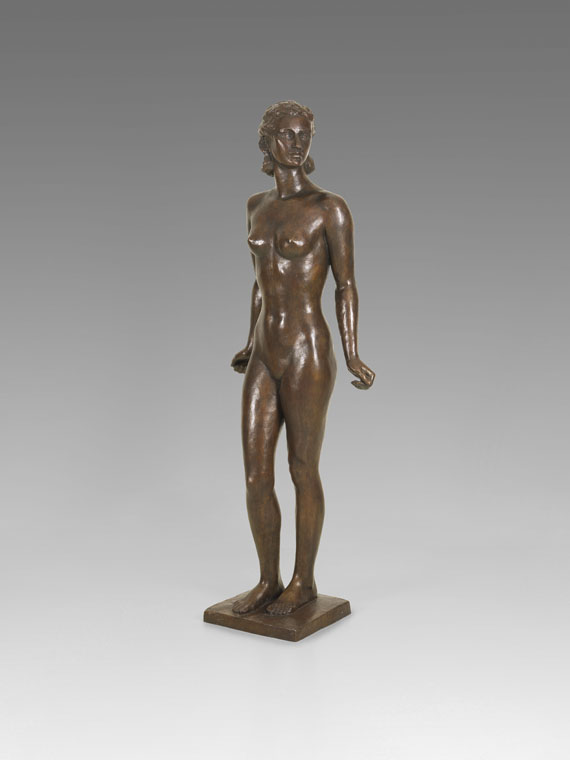 Fritz Klimsch trained at the Königliche Akademische Hochschule für die bildenden Künste [Royal Fine Art Academy] in Berlin in the drawing class taught by the painter Ernst Hancke and in the modelling class under Albert Wolff. From 1887-1890 he was a pupil of Fritz Schaper's. While still a student, the young sculptor produced his first important work, winning awards and his first taste of recognition. On his wedding trip to Paris, Klimsch became acquainted with Rodin's work, which greatly impressed him with its liveliness of form and expression and left a lasting influence on him. Klimsch regarded Adolf von Hildebrand as second only to Rodin as the inspiration behind his art. Hildebrandt supplemented Rodin's liveliness with tectonics and statics, thus creating the balance Klimsch felt was so important to his own sculpture. In 1898 Klimsch founded the Berlin Secession jointly with Max Liebermann and Walter Leistikow and was represented on a regular basis at the exhibitions the group mounted. Travels to Italy and Greece shaped his style. Klimsch was subsequently extraordinarily successful with portraits, monuments and funerary sculpture as well as female nudes. He did a great many portraits of distinguished representatives of cultural and political life, including Ludwig Thoma, Lovis Corinth, Max Liebermann, Max Slevogt and Paul von Hindenburg. In 1912 he became a member of the Prussian Academy of the Arts and in 1916 a senator of the Academy. Appointed to the Akademische Hochschule für bildende Künste in 1921, he retired in 1935 after heading the master class studio there.

With a focus on a physical and spiritual idealization of the human figure, the works by Fritz Klimsch were all in line with the epoch’s taste. The canon of figures is classic and beset with a sort of Positivism, which shows in clear and well-balanced proportions and the steadfast stringency of the young female nude. Klimsch strives for natural gestures, however, in their generalization a certain rigidity cannot be denied. The greatest plus point of this almost life-size bronze is its reserved-idealized physicalness, increased by clear proportions and the expression.

After the war the artist settled in the Black Forest to live in seclusion, producing from then on only a few works in small formats. In 1960 Fritz Klimsch was awarded the Great Federal Cross of Merit and died that same year. [KP/KD].