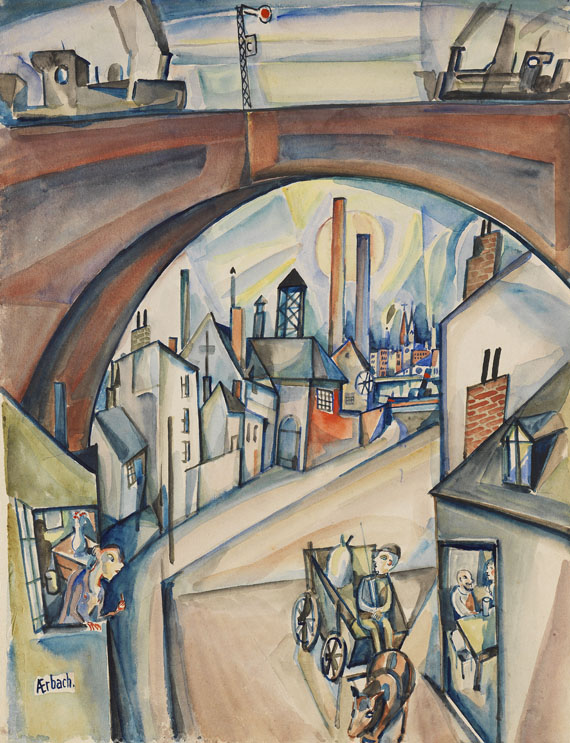 After he had completed an apprenticeship as locksmith and surveying technician Alois Erbach studied at the Royal School of Arts and Crafts in Munich under the landscape and portrait painter Heinrich Knirr as of 1908. After World War I he became a friend of graphic artist John Heartfield. In the 1920s Erbach made critical caricatures for satirical magazines such as "Die Pleite", "Knüppel", "Eulenspiegel" and "Rote Fahne". As a member of the "Assoziation revolutionärer Bildender Künstler Deutschlands" Erbach participated in the "Große Berliner Kunstausstellung" in 1931 and in 1932 in the exhibition "Revolutionäre Malerei" in Berlin. In his early period of creation Erbach’s style followed Expressionism. Later works were influenced by New Objectivity and Surrealism. During the Third Reich Alois Erbach lived on Majorca. [KH].