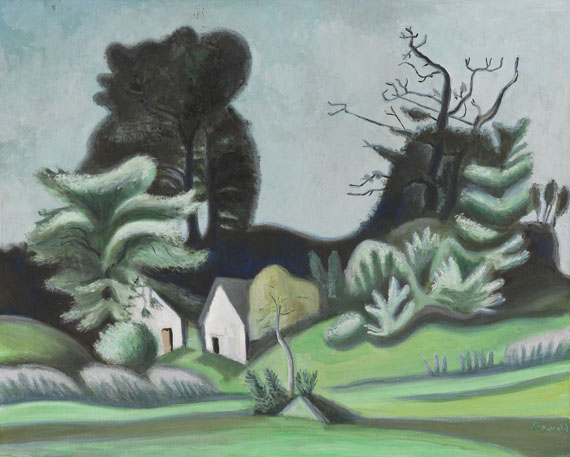 Richard Seewald is widely known as graphic artist, drawer and illustrator, even though he had produced a vast oeuvre of oil paintings as of 1912, characterized by their striking density and mostly surreal landscapes. This is largely owed to the fact that the artist burned a large part of his works after his wife died in 1967. The few preserved paintings just give a slight idea of the rank his painting had. His participation in exhibitions, e.g. in 1911 in the gallery Thannhauser, the Salon d'Automne in Paris and in 1913 in the first German Autumn Salon "Sturm“ in Berlin as well as with Hans Goltz in Munich, of which just few documents are in existence, convey just a slight idea of what has actually been lost. [JS].