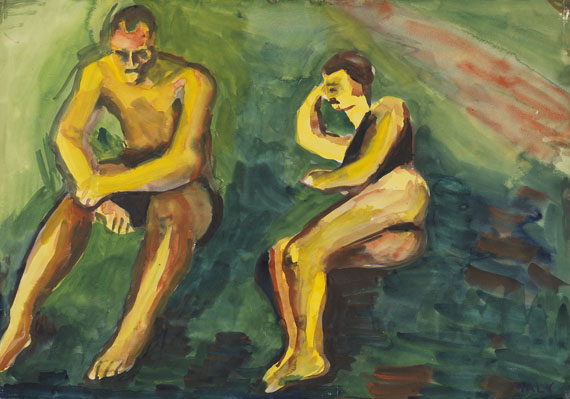 Wilhelm Maly studied at the Munich School of Arts and Crafts from 1912 to 1914, and afterwards, interrupted by service in World War I, at the Munich Academy until 1920. In the 1920s and 30s he went on study trips to Italy, Holland and Switzerland. In 1936 he was awarded the Villa-Romana-Prize for his style that shows influence of "Brücke" and "Blauen Reiters" Expressionism. A little later, however, Maly‘s art was considered “degenerate“. Since he had to face an occupational ban imposed on him by the National Socialists and was still suffering from a World War I injury, he resorted to the Swiss mountains near Davos in 1941 where he died in 1943. [JS].