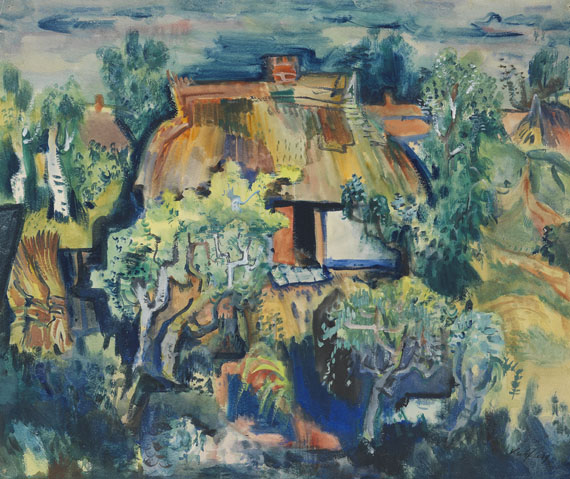 After a rather conservative training at the Berlin Academy with Anton von Werner and Philipp Franck, Paul Kuhfuss experienced the influence of German Impressionism and artists like Liebermann, Slevogt and Corinth, whose works he saw in Berlin.
In the context of Secession exhibitions with the artists Bruno Krauskopf, Wilhelm Kohlhoff and Harry Deierling, he developed his unmistakable lyrical expressive style. The works by Paul Kuhfuss are today in possession of, among others, the Nationalgalerie Berlin and the Lindenau Museum Altenburg, which hosts one of the most renowned collections of German Expressionism from the times between WW I and WW II. [DB]