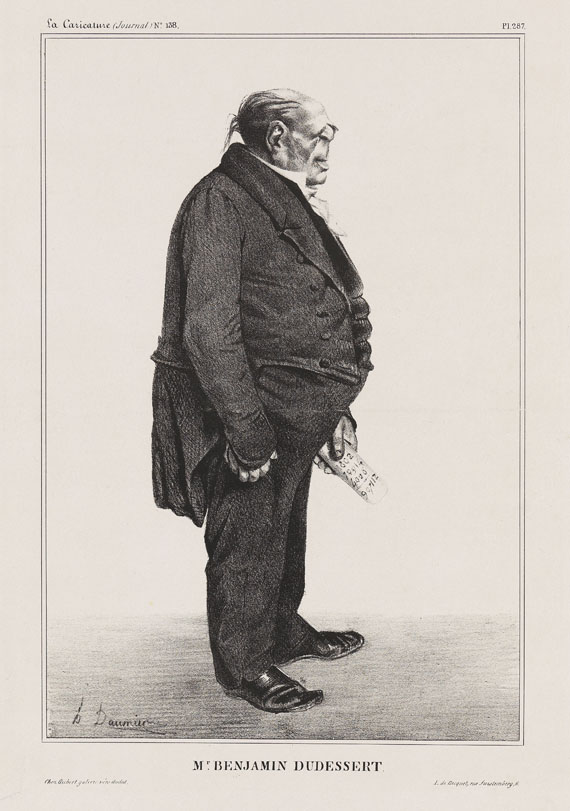 This sheet also counts among the ‘Célébrités de la Caricature‘ , published in 1832 and 1833. It is one of the later works that were already published in ‘Charivari‘. After the first portraits of politicians ‘ heads with fantasy crests, Daumier had changed to full figure illustrations. Jules Paul Benjamin Delessert (1773-1847) was a French banker, director of the Banque de France and businessman. As a liberal representative he supported the workers in their struggle against poverty and was involved in the abolishment of the death penalty. The philanthropist bequeathed a large part of his fortune to some 3000 workers. The name Delessert was perfect for hoaxes such as “Du Dessert“, even more since Delessert had build his own sugar beet refinery in 1801. [CB].