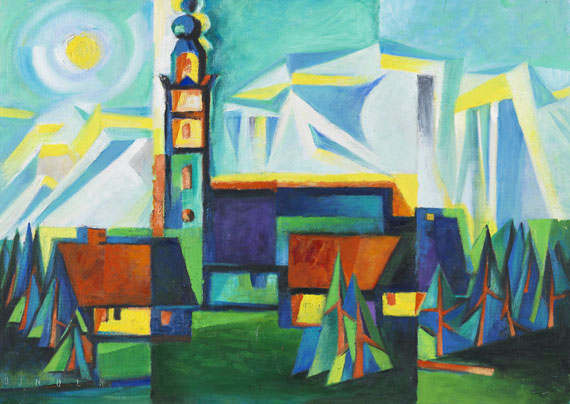 Binder was impressed by Toulouse-Lautrec‘s poster and early commercial art when he was still a child. As of 1918 he studied at the Berlin Academy under the print artist and designer Lucien Bernhard, who was the first to hold a seat as professor for commercial art. After he had successfully worked in the advertising departments of various companies (e.g. for BASF, the cigarette maker Jyldis and the IG-Farben) Binder increasingly turned to painting in the 1930s. "The strict focus of the commercial artist on the usage of form and color also characterized Binder’s painting style. In his free works Binder mostly used light pastel tones, however, there is no doubt in the special importance color has for his creation." (Frank Volk, in: Binder 1990, p. 6). [CB].