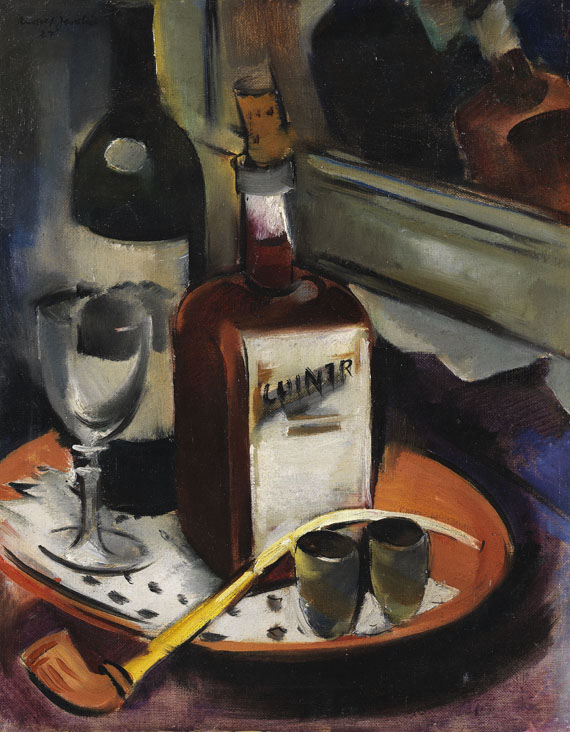 Rudolf Jacobi, who was master student of Friedrich Kallmorgen at the Berlin Academy, showed numerous landscapes and city views up until 1915 in the 'Große Berliner Kunstausstellung', as well as in Secession- and Academy exhibitions. After he had returned from the World War I he married the painter Annot Krigar-Menzel a grand-niece of Adolf von Menzels. The couple spent the years between 1923 and 1926 at the town of Positano on the coast of Amalfi, where Jacobi underwent the transformation from an impressionist period to a more mature expressionist style. Our fine still life, which was made one year after the couple had settled in Paris, is a document of Jacobi's expressive pictorial language, additionally, it shows clear notions of French Cubism. As early as in 1928 the couple returned to Berlin, where he was a memeber of the Berlin Secession, showing works in the Galerie Neumann-Nierendorf. [JS]