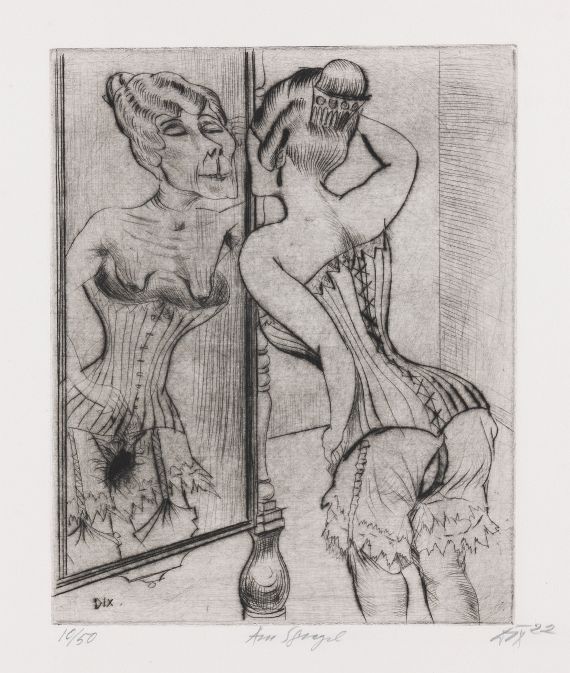 "Dix suddenly appeared as an etcher. He became popular with this technique at the point that he began to abandon late Expressionism - a burlesque experimental interlude - turning to a grotesque realistic style that benefited from Dadaism“ (Freya Mühlhaupt, Otto Dix. Das graphische Werk, Berlin 2001, p. 17). The etching "Am Spiegel" was made in 1922, two years after he had discovered the technique for himself. With a swift line and an ironic wink Dix sketched the aging beauty and delivers proof of his subtle eye for "real" people.