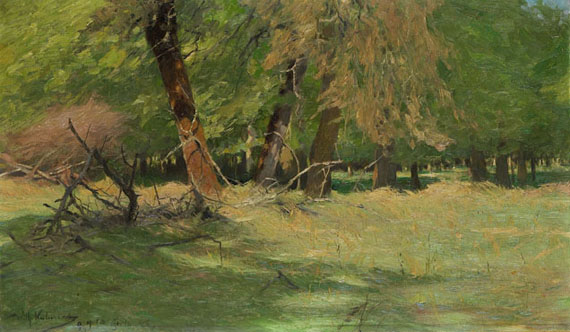 The present work was influenced by a trip Kuhnert took to Bialowieza (today: Bialowieza National Park) in August and September 1916, which was also the preferred nature reserve of Nicholas II of Russia. In the Bialowieza Primaeval Forest, which was occupied by German troops at that time, the painter had the unique opportunity to study free-living wisents in nature largely untouched by humankind.