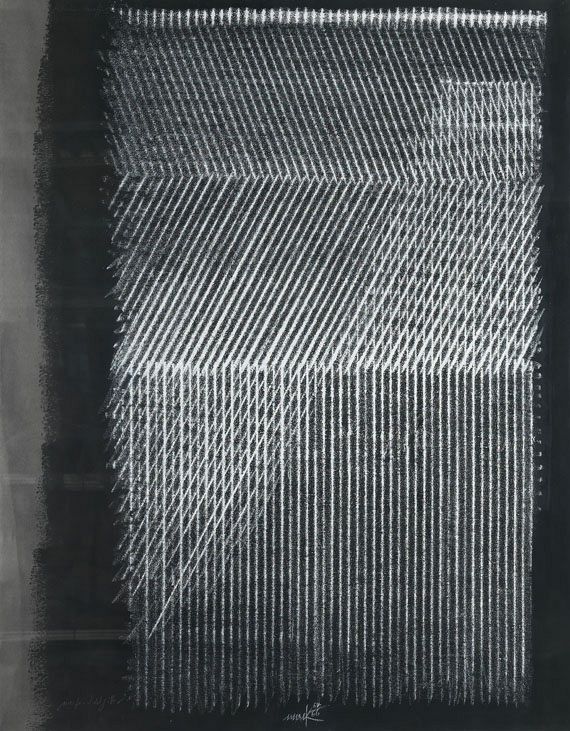 Accompanied by a writen expertise issued by Prof. Heinz Mack, Mönchengladbach, in August 2013.

Heinz Mack, born in Lollar in Hesse on 8 March 1931, studied painting at the Staatliche Kunstakademie in Düsseldorf from 1950 to 1953 and graduated with a state examination for teachers. At the same time he studied philosophy in Cologne. Together with Otto Piene Heinz Mack founded the avant-garde artist group ZERO, to which his name was intrinsically tied ever since. Instead of ‚Classical Compositions' presented the viewer with totally new and provocating aspects: Light, movement, space, time, dynamics, vibration and serial structures come to the fore. Light and movement were also in the focus of the new pieces of art like the ‚Sahara-Projekt, which Mack designed in 1958 and partly realised in 1968/69. In 1964 he designed the ‚Licht-Raum' together with Piene and Uecker for the documenta 3, which can today be seen at the Kunstmuseum in Düsseldorf.

In 1966 the first one-man show of his works took place at the Howard Wise Gallery in New York. The same year ZERO's last exhibition took place in Bonn. Apart from the ‚Rotoren', the ‚Lichtreliefs' were a second independent work group, which came to the fore mainly during the 1970s - after the dissolving of the ZERO-movement. During the 1980s Mack received numerous orders for the design of public spaces. He finished the Jürgen-Ponto-Platz in Frankfurt in 1981, erected the ‚Columne pro caelo' in front of the cathedral in Cologne in 1984 and Mack also planned the design of the Platz der Deutschen Einheit in Düsseldorf in 1989. Inspired by the colors of the sun in his studio on Ibiza, Mack resumed painting in 1991 and called his works ‚Chromatische Konstellationen'. The artist proved his multitudinousness in 1999: On the occasion of Goethe's 250th birthday the publication ‚Mack: Ein Buch der Bilder zum West-östlichen Divan' was released. Mack received the Verdienstkreuz der Bundesrepublik Deutschland for his œuvre. Heinz Mack is regarded as an untiring experimenter with the spectrum of colored light. As a painter, drawer, sculptor, ceramic artist, but also as a designer of places and interiors, he always puts the aesthetic laws of light and color, structure and form in new questions. His works are located in c. 100 public collections all over the world . [KP] 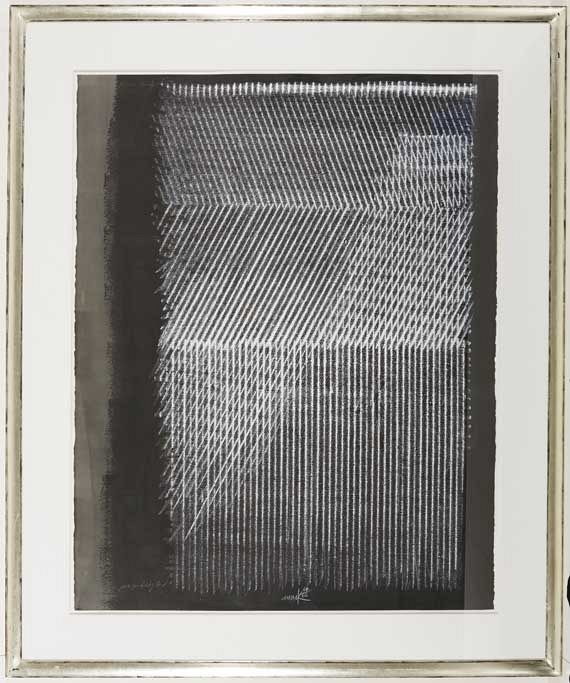