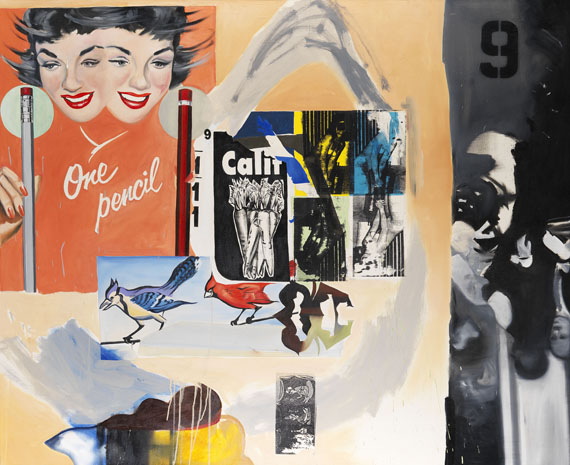 Martin Eder counts among the stars of the German art scene. Born in Augsburg in 1968, Eder at first enrolled at the Academy for Visual Arts in Nuremberg in 1993 after he had completed training as graphic designer. Afterwards he studied at the university in Kassel, before he finally completed his studies at the School for Visual Arts in Dresden as master student of Eberhard Bosslet in 2001. While he was studying his project "Novaphorm", on which he worked together with Lisa Junghanss, caused furor. Endowed with numerous scholarships, Martin Eder's works soon received national and international attention, his paintings have been shown in solo shows , e.g. in the Kunstverein Potsdam (2003), in the New Yorker Marianne Boesky Gallery (2006) and in the Staatliche Kunstsammlungen Dresden (2009). [KH].