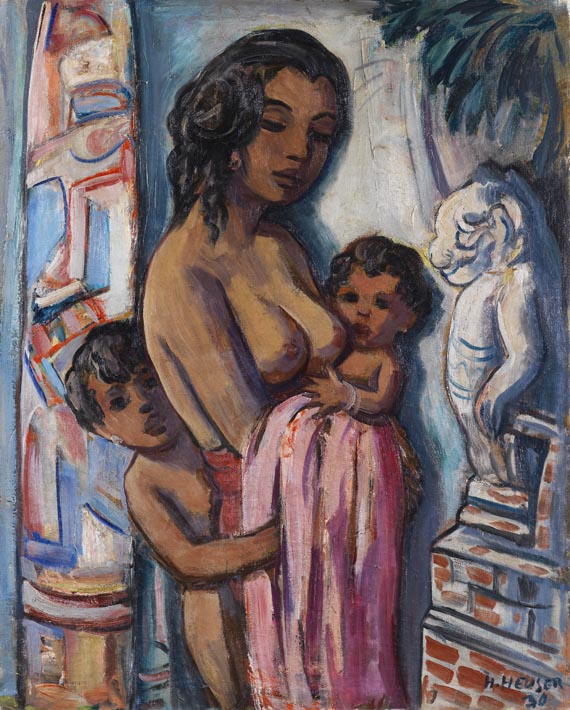 Heinrich Heuser at first studied under Angelo Jank at the Munich Academy, then he became master student in the class of Fritz Mackensen in Weimar. In 1911 he went to Berlin, where he had his first show with the Berlin Secession in 1912, in 1914 he showed works in the Galerie Hans Goltz. From 1912 to 1913 Heuser stayed in Paris, as of 1919 he settled for good in Berlin. The artist found inspiration for his exotic motifs on long-distance travels, just as it is the case with the appealing subject in this work. [KP].