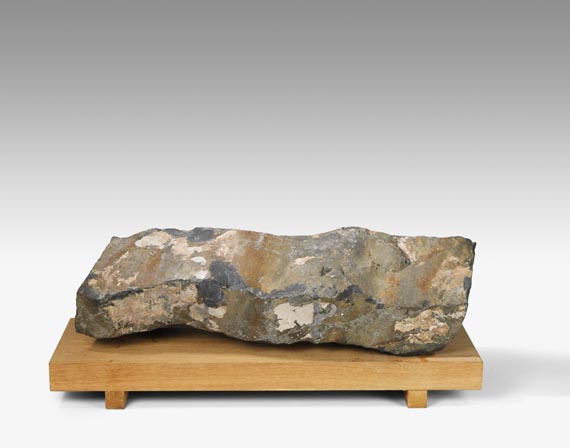 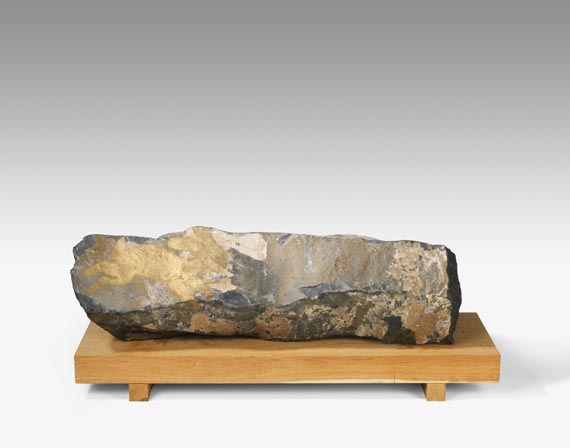 After spending his childhood and schooldays in Kleve Joseph Beuys was shot down as a Luftwaffe pilot in the Crimea in 1941. The local nomadic Tartars looked after him by keeping him warm with fat and felt. These two materials came to figure prominently in his later work. From 1947 to 1951 he studied sculpture with Enseling and Materé at the Düsseldorf Kunstakademie (Academy of Art), where he also began to teach in 1961. In 1963 Beuys' first public Fluxus performance took place within the Festum Fluxorum Fluxus. Shortly afterwards he joined the artists Lueg, Richter, and Polke in a "Demonstration for Capitalistic Realism" in a furniture store in Düsseldorf. Beuys' ever stronger political commitments, the founding of various associations and parties, resulted from his own demand that more creativity should flow into all areas of life, that the state should be moulded like a "Social Sculpture". This culminated in his participation in the occupation of a students' office calling for the right to equal educational opportunities, for which he was dismissed without notice in 1972; however, this decision was revised in 1978. Beuys' work encompasses various artistic media. His stated view was to create a unity between art and life. In this his work exhibits strong influences of antroposophic teachings, mythology and religion. Joseph Beuys is represented again and again at the documenta and the Biennale in Venice. As early as 1979/80 a comprehensive retrospective is held in the Guggenheim Museum in New York. He achieved international recognition particularly for his long-term action of planting a total of 7,000 oaks, which he launched at the opening of the documenta in 1982.

Equivalent to nature, the animal in the creation of Joseph Beuys represents the primal. It stands for a source of a tremendous energy coined by an extraordinary instinct and sense of orientation, a trait that man seems to have already lost. In doing so, the artist limits himself to just a few species, among which the hare also counts. Beuys identifies himself so strongly with this kind of animal that he makes statements such as "I am not a human being, I am a hare ". The symbolic power of the color gold and the hare as a mythological animal with its various degrees of symbolic meaning, were first combined in the art event ‘Goldhase‘ (Gold Hare) in 1982 in context of the documenta VII. Beuys melts a copy of the golden crown of Tsar Ivan the Terrible and turns it into a peace hare with sun sphere. After this action the gold hare occurred as a central figure in works by Joseph Beuys time and again, such as it is also the case in the multiple "Hasenstein", which is offered on the international auction market for the first time (source: artnet.com).