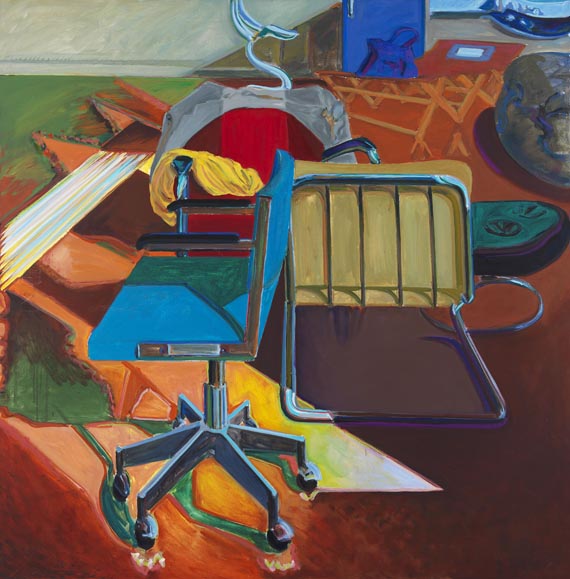 After training at the ‘Werkkunstschule Dortmund‘ for one year, Norbert Tadeusz changed to the ‘Staatliche Kunstakademie Düsseldorf‘ in 1961, where he studied under Gerhard Hoehme, Joseph Faßbender and Joseph Beuys. The latter made him his master student. Tadeusz' work is characterized by a consistent adherence to a figurative imagery. In his earlier works Tadeusz stages everyday scenes and objects in lucent and intensive colors in an exaggerated coolness, he thus elevates seemingly familiar scenes to a magical presence. From 1981 to 1988 he taught Tadeusz taught at the ‘Staatliche Kunstakademie Düsseldorf‘, before he followed a call to the ‘Hochschule der Künste‘ in Berlin and finally to the ‘Hochschule der bildenden Künste‘ in Brunswick. Tadeusz' works have been shown in one-man shows in the Kunstmuseum Düsseldorf, the Staatliche Kunsthalle Mannheim and the Pinakothek der Moderne, Munich, which also has several works by the artist in its permanent exhibition. [JS].