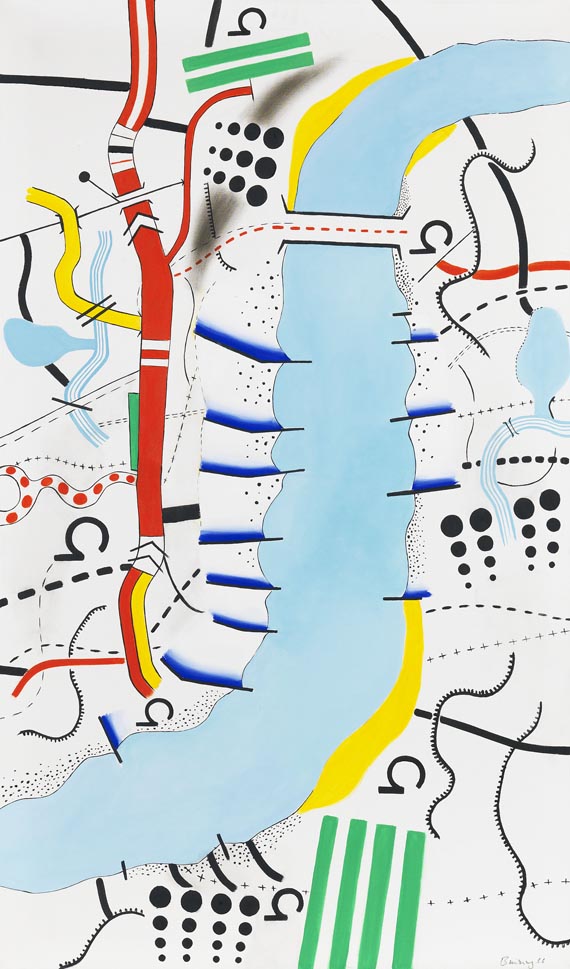 This work is part of the "Legenden", a complex of pictures in which all informal and gestural style elements are gradually pushed aside. Brüning developed an imagery that avails itself of signs and symbols from maps. At first he adopted symbols from Michelin maps and processes them freely. For instance, the usage of red and yellow to indicate a major road cannot be found in this constellation. However, by means of Brüning’s own sign system, the depicted landscapes, which are, of course, far from real maps, contain all relevant information on this piece of landscape. This also accounts for the "Rheinbilder", a group of works to which this work also belongs. On the one hand, he depicts the river Rhine with the groins just like on a real map, on the other hand he attains a spatial effect with the dot formations and other planar formations that are not cartographic in a narrower sense. [SM].