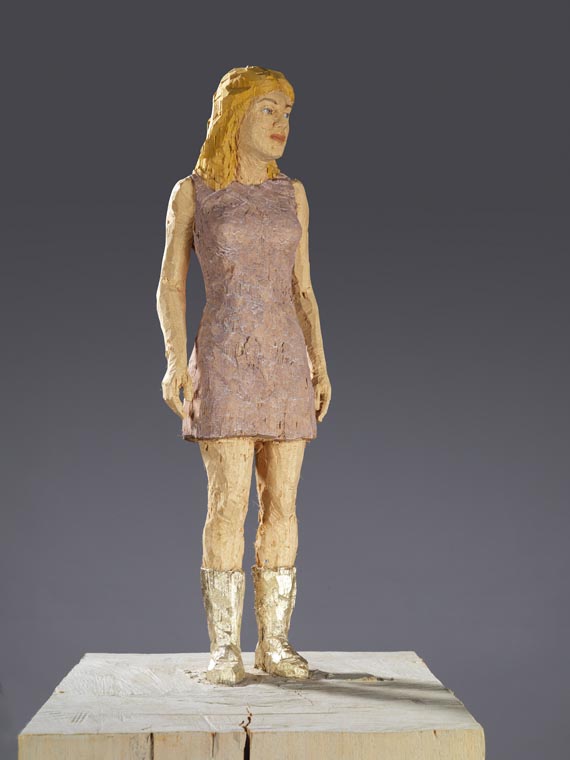 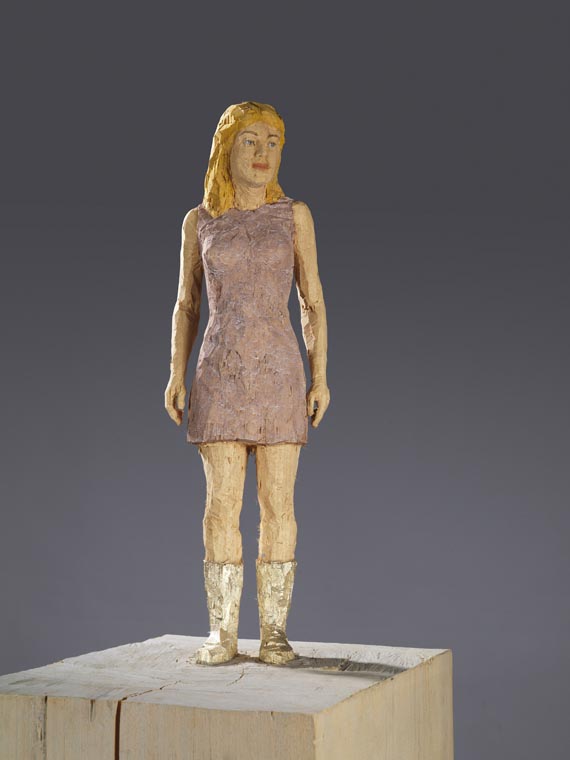 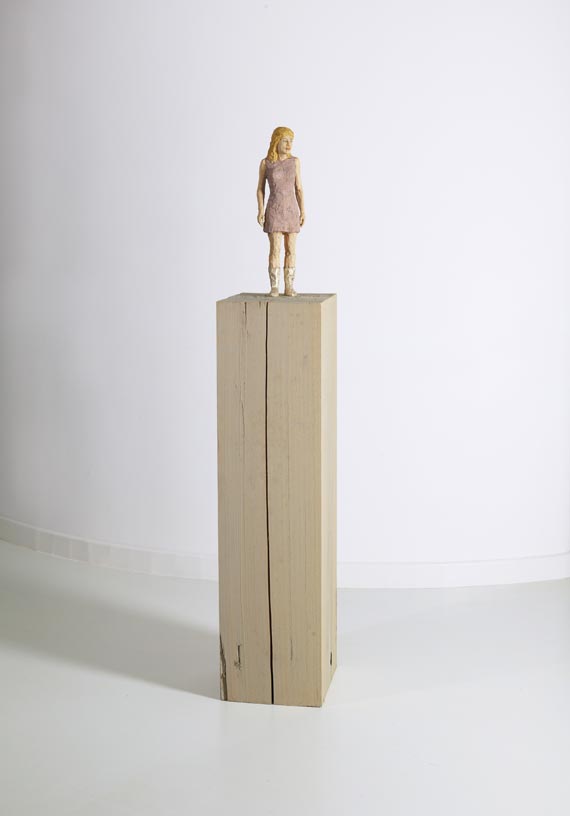 Balkenhol studied sculpture at the Hochschule für Bildende Künste in Hamburg under the strictly minimalist artist Ulrich Rückriem from 1976 to 1982. He was awarded two scholarships and then offered a teaching post at the Kunsthochschule Hamburg in 1988. In 1989 he went to Frankfurt to teach at the Städelschule until 1991. He has been teaching at the Staatliche Kunstakademie in Karlsruhe since 1992. Balkenhol's work reflects the searching of German artists during the 1980s for new means of expression and interpretations of every-day objects. Typical are his larger-than-life human figures and heads carved directly out of wooden blocks, which he has been making since 1982.

Balkenhol uses traditional tools for his woodwork and considers the wood itself a living matter. Grooves, fissures, splinter and cracks on his sculptures document the creative process. The figures, the head, the face - often accentuated by painted markings - are sketchy, sometimes almost portrait-like. There is always a certain "family likeness" paralleled with the necessary generalisation for a large form. The figures convey no subjective emotions and are free of sociological or socio-critical references. They have a completely autonomous presence with a generalising vagueness, which exemplifies an existential awareness of life of post-modern man.

From November 2008 to February 2009 his works as of 1982 were shown in a large single exhibition in Deichtorhallen in Hamburg. Besides sculptures, his oeuvre also comprises plastic pictures, photographs and drawings. Stephan Balkenhol lives and works in Karlsruhe, Meisenthal and Berlin. [SM].