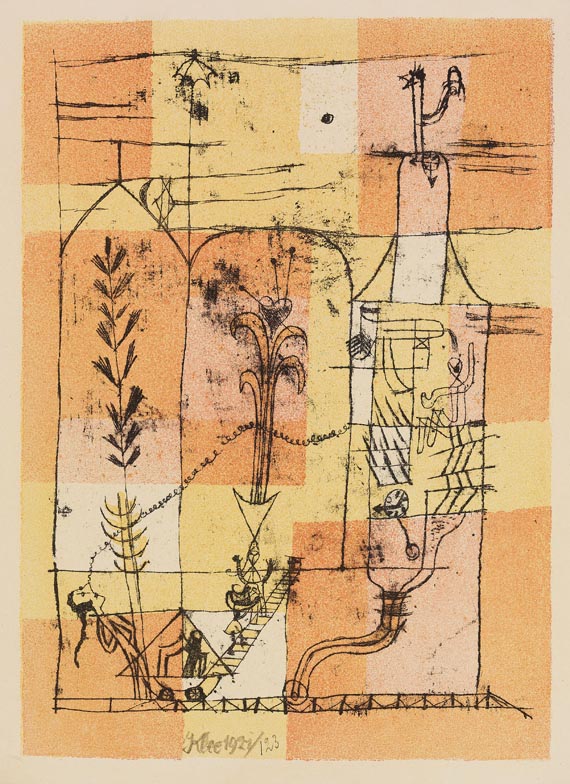 Regarded as "the musician among the 20\up5 th century visual artists " by Will Grohmann, Paul Klee presumably was one of the most imaginative artists in the sense of a narration tradition (translation of quote from: Paul Klee, Handzeichnungen, Inselbücherei 1951, text page 1). Unlike the Expressionists, who were only interested in the objectas a carrier of meaning, Klee paid a lot of attention to details, which gave – often with a touch of a gentle oddness – his compositions their own almost romantic character. In the "Hoffmannesken Szene", the burlesque is underlain with color surfaces, which turn the action into a new direction. The scene becomes more modern, more rational than we it is actually to be understood. The days in Weimar were extremely productive for Klee. Working together with his colleagues at the Bauhaus, made his expressiveness more liberal and bolder. [SM]. 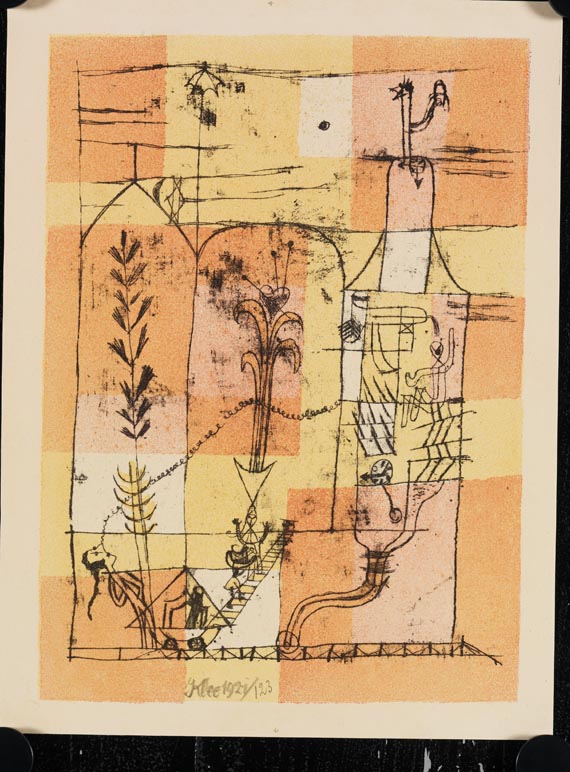