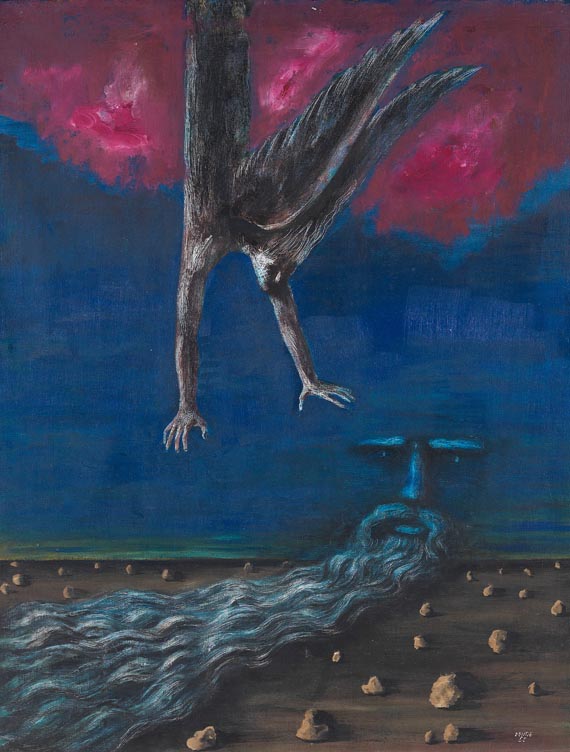 At the tender age of eleven Edgar Ende decided to go without a university-entrance diploma, but to become a painter. He started an appretinceship to become a decoration painter in 1915 and attended courses at the school of applied art in Hamburg-Altona at the same time. This was where he examined the paintings of Hans von Marées and Rudolf Steiner's writings. Having completed both his vocational training in 1919, the artist also finished school a year later and took further classes at the Hamburg School of Fine and Applied Arts. He got a studio in the 'Donnersche Schloss', and joined the 'Altonaer Künstlerverein' (Altona Artists' Association), he also showed works at Karl Nierendorf in Berlin and with the Hamburg Secession. The painter Ivo Hauptmann bought works from him. In 1922 Ende attended lectures of Ernst Cassirer at the university ad became occupied with the writings by Sigmund Freud and C.G. Jung. After several stays in Berlin, where he repeatedly participated in exhibitions, the artist left Hamburg for good and settles in Garmisch and a few years later in Munich. The early 1930s were an extremely prolific time for the painter. He sketched his spontaneous ideas, images that seemed to have developed from his subconscious on the so-called 'Dunkelkammerskizzen' (dark room sketches) and creates paintings from another image world. An occupational and exhibition ban is imposed on Ernst Ende in 1936, in 1937 his works were removed from German museums and galleries as they were considered "degenerate". Most of his works were destroyed during air raids on Munich in 1944. After the war the artist was one of the co-founders of the occupational union for artists and the 'Neue Gruppe,' he took part in the Biennale in Venice, as well as numerous grouo exhibitions. He was also a jury member of the 'Große Münchner Kunstausstellung' in the 'Haus der Kunst'. In 1951 he met André Breton in Paris and founded the International Surrealist Association.

The pictures of Edgar Ende, which are depictions of dream worlds, evoke surreal worlds of experience in an romantic setting. The figurative set-up is geared at the real world, and is then alienated to an extent that forces the observer to come up with his own interpretation. Ende's realm of images has no logic at all. It stimulates emotions and does not allow a definite interpretation, despite all the references given. This makes for an air of mystery, which seems to await its direct or indirect final decryption.

In the 1950s and 60s the artist went on numerous journeys, he was member of many committees and experiments with new painting techniques and discovered photography as an artistic means. In 1963 he was appointed honorary member of the Munich Academy of Visual Arts. After a last unusually productive period the artist dies in Netterndorf in 1965. [KD]. 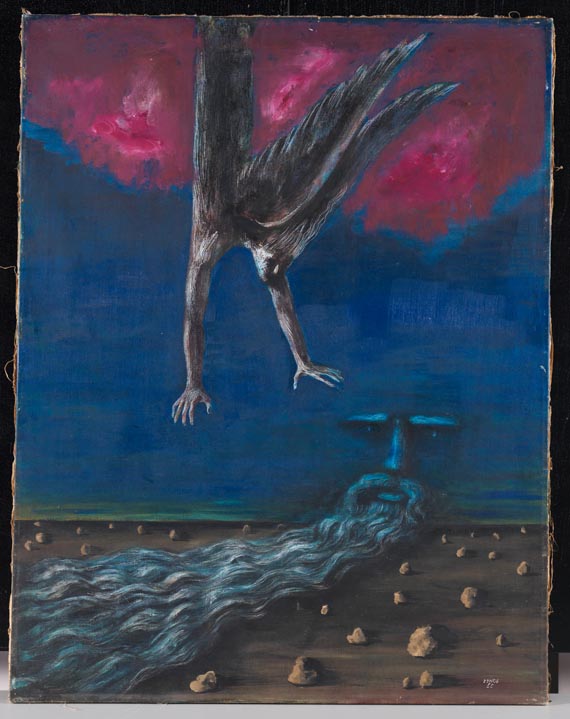