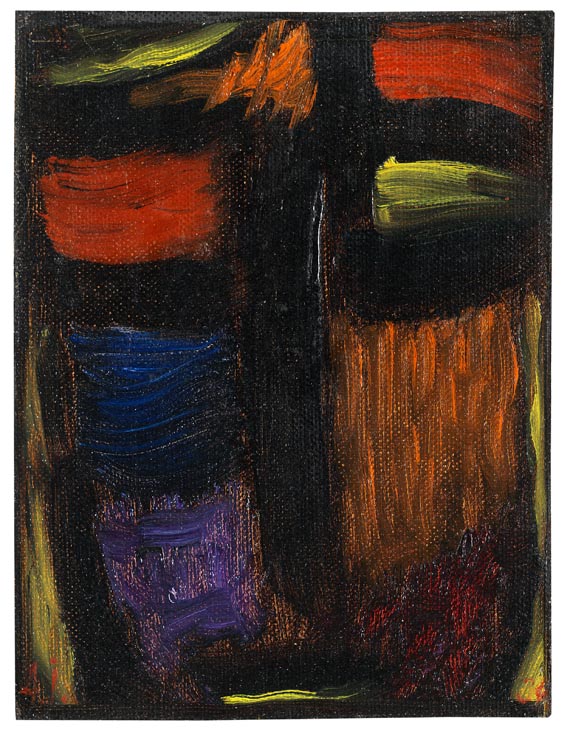 This work is accompanied by a written expertise from the Alexej von Jawlensky Archive S.A., Locarno, dated 4 December 2009. The work will be included into the forthcoming catalog raisonné.

Jawlensky only began his artistic training in 1889 in St. Petersburg after a career as an officer in the tsarist army. He studied under Ilja Repin who introduced him to Marianne von Werefkin and Helene Nesnakomoff, his later wife. Jawlensky accompanied these two to Munich in 1896 where they wanted to visit a private art school. Here Jawlensky met Wassily Kandinsky. The artist undertook several trips to France and was able to show ten paintings at the 'Salon d'automne' with the help of Sergej Djagilev in 1905. Jawlensky also met Henri Matisse for the first time. In summer 1908 he worked with Kandinsky, Marianne von Werefkin and Gabriele Münter in Murnau for the first time. There, the four artists developed the idea for the foundation of the 'Neue Künstlervereinigung München' (New Munich Artists Association) to which they aligned with other artists in 1909. Two years later the 'Blaue Reiter' was established as a new idea of co-operation. In 1913 Jawlensky participated in Herwarth Walden's first German autumn Salon in Berlin. When in 1914 World War I broke out, Jawlensky was expelled from Germany due to his Russian citizenship. He moved with his family and Marianne von Werefkin to Prex on Lake Geneva. And remained in Switzerland until 1921, where he began painting his abstract heads in 1918. His final move to Wiesbaden took place in 1921. An attack of arthritis in 1929 forced the artist to visit various spas at regular intervals. Jawlensky suffered from a progressing paralysis and had difficulties in painting. In 1933 the NationalSocialists imposed an occupational ban on him. One year later the painter began the series of small-format 'Meditationen'.

The ‘Meditations‘ are the crown of Jawlensky’s lifework, with them he had finally found his style, they are unmistakable his very own work. (translation of quote from Clemens Weiler, Jawlensky, Köpfe – Gesichter - Meditationen, Hanau 1970, p. 23). " According to Jawlensky, he always spiritually connected with a certain person, both dead and alive, which is why the ‘Meditations‘ are not abstract, but concrete, as they depict the individual person’s fate. After decades of practice, Jawlensky had encountered his self, which he could then confront face to face. The ‘Meditations are an image of man, who is fully aware of his divinity and at the same time of his entanglement in his earthly fate." (Idem, Alexej Jawlensky, Cologne 1959, p. 126).

72 of his works were confiscated in 1937 as "degenerate". Four years later, in 1941 Jawlensky died in Wiesbaden. At the beginning Jawlensky's style was influenced by the Fauves, particularly by Matisse, but the artist soon discovered his own, Expressionist style, which is characterised by strong colors and simple forms. Later he turned to those calm, spiritualised and mystical images of the human face, which are so characteristic of Jawlensky. 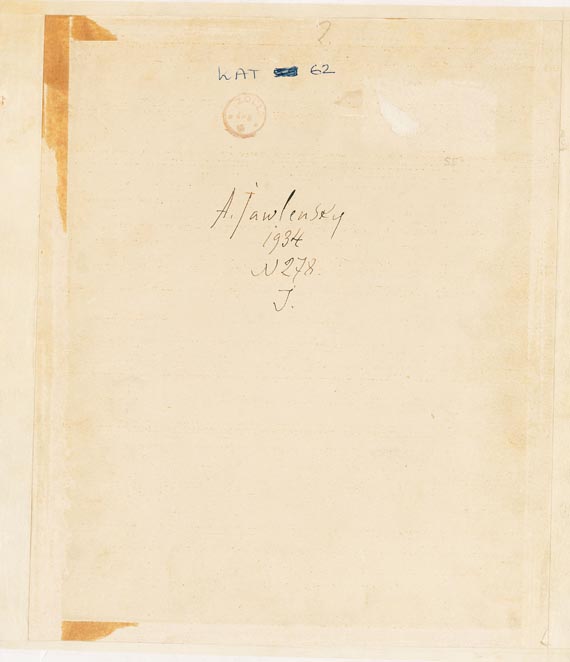 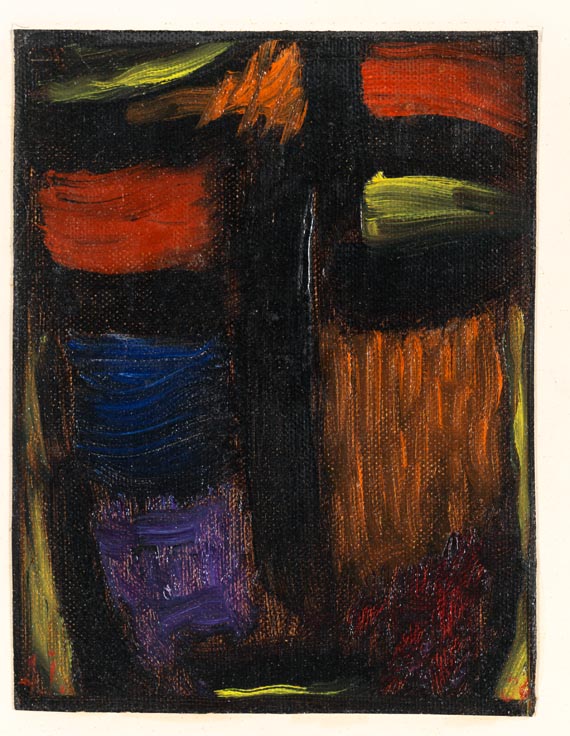