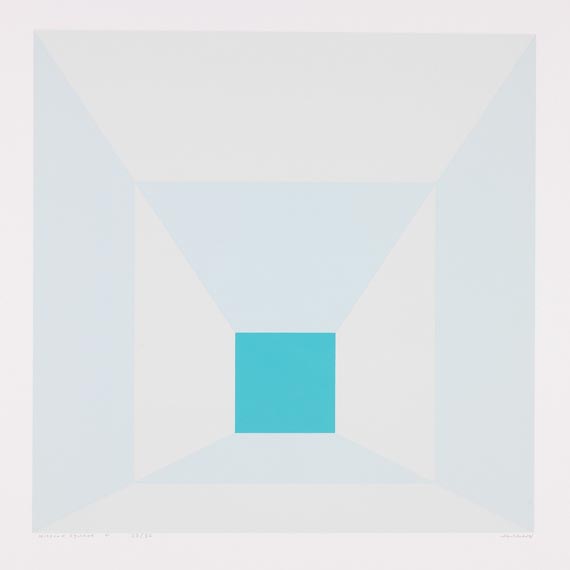 Following his academic education in Berlin, Essen and Munich Josef Albers began his studies at the Bauhaus in Weimar in 1920. Already in 1923 he received his first commission to run the glass painting workshop, marking the starting point of a great pedagogical and artistic career. Over the following decade he designed apart from glass pictures numerous pieces of furniture, glass and metal objects. Color hardly played a role during that time. Possibly inspired by Theo van Doesburg ('De Sijl'), the artist created clear arrangements, independent from nature. Single subjects and sujets were often varied - an important continuum in Albers' works. In 1933, after the closing down of the Bauhaus by the National Socialists, Josef Albers was appointed to a chair at the Black Mountain College in Ashville, North Carolina and moved to the USA. His teaching profession ended with his retirement as the director of the Institute of Fine Arts' art school of the Yale university in 1958. With his move to the USA a new period began in the artist's producing.

The series "Mitered Squares" is a variation of "Homage to the Square" with which Albers had been occupied since 1949. He is interested in the interaction of colors, which can have infinite changes in appearance solely by contrasting them. Albers experimented with linear forms, which break the reliable order of geometric structures, in doing so, he also integrated the colors into his compositions. This "geometric Surrealism" (Werner Spies) requires the observer's sensual perception, who, as an individual, is asked to experience the work of art and to recreate it over and over again.

As an artist Albers was pathbreaking for a whole generation of American artists. Op-Art, kinetic art, Colorfield Painting and New Abstraction were influenced by his work. Albers, who became internationally known with the exhibition 'the Responsive Eye' at the Museum of Modern Art, New York, received several honours, fourteen times the honorary doctorate and in 1968 the Grand Cross of Merit of the order 'Pour le Mérite`. The artist died in Orange/Connecticut in 1976. [NB] 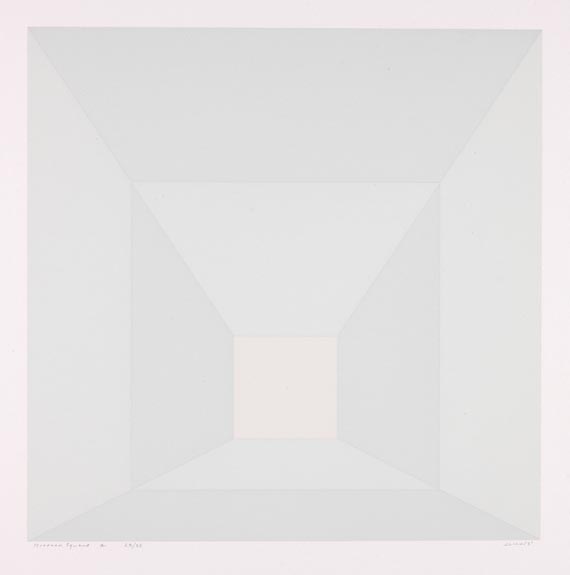 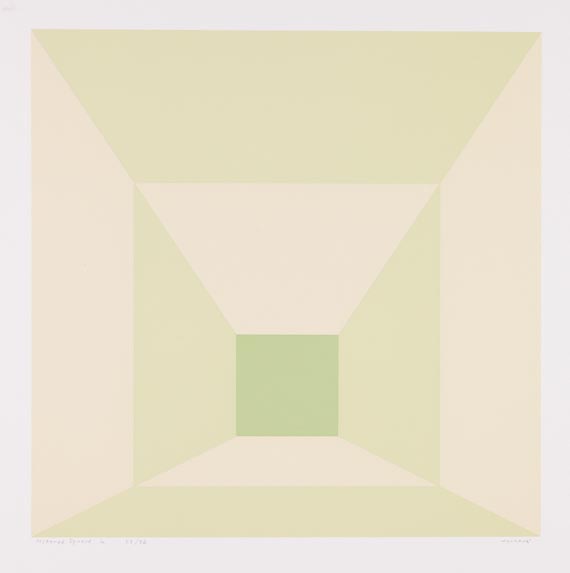 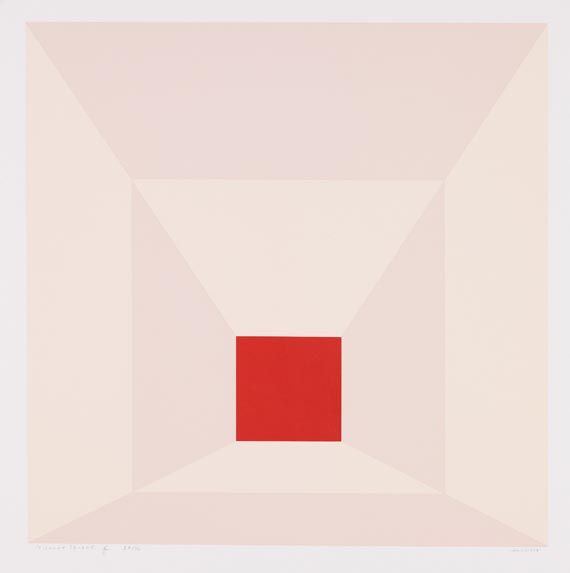 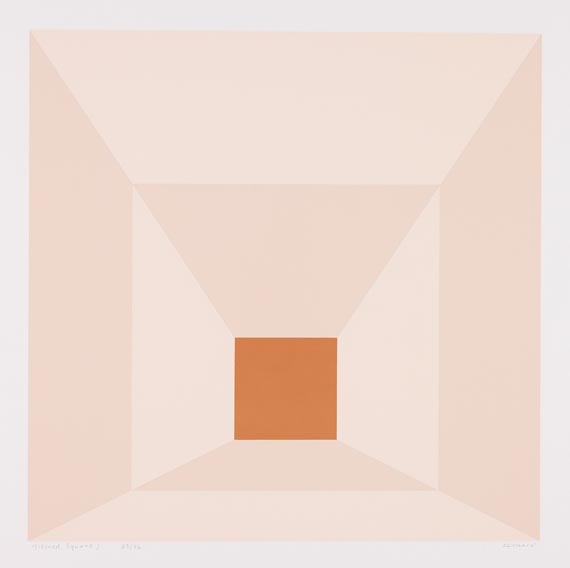 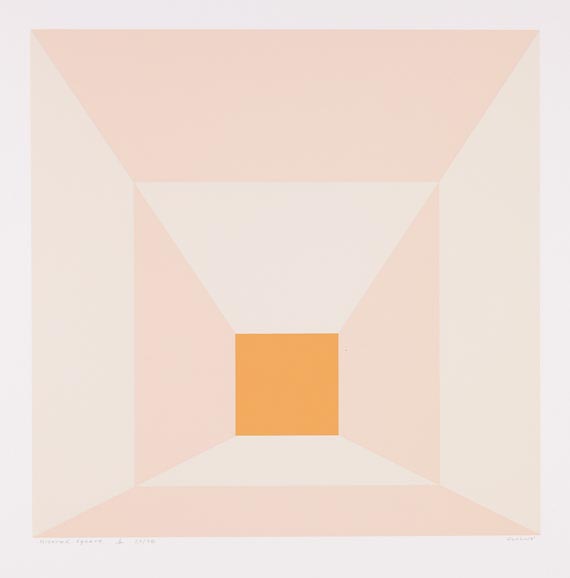 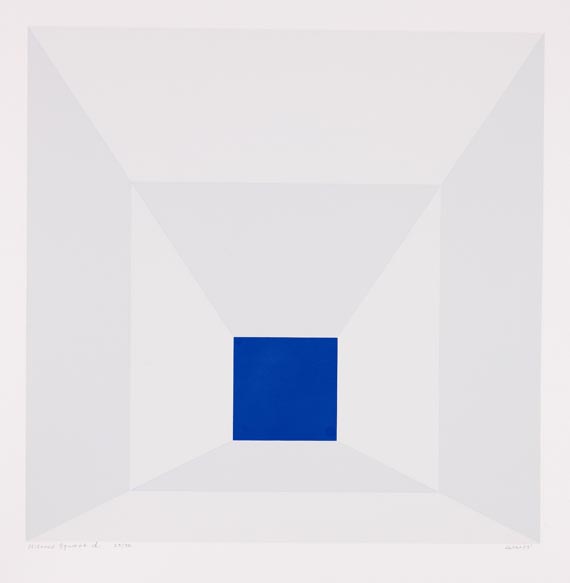 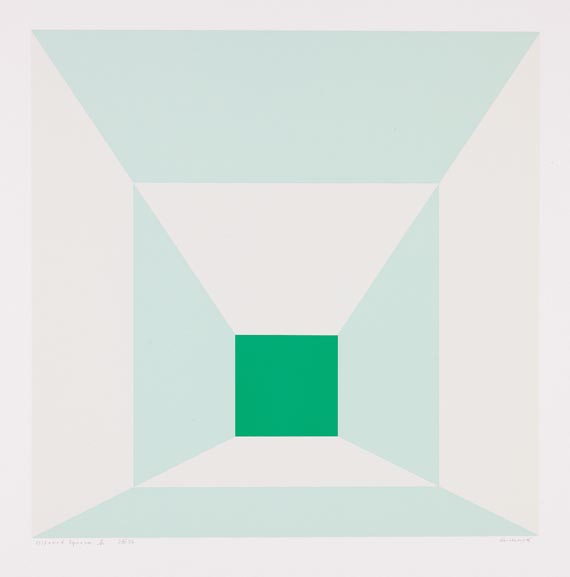 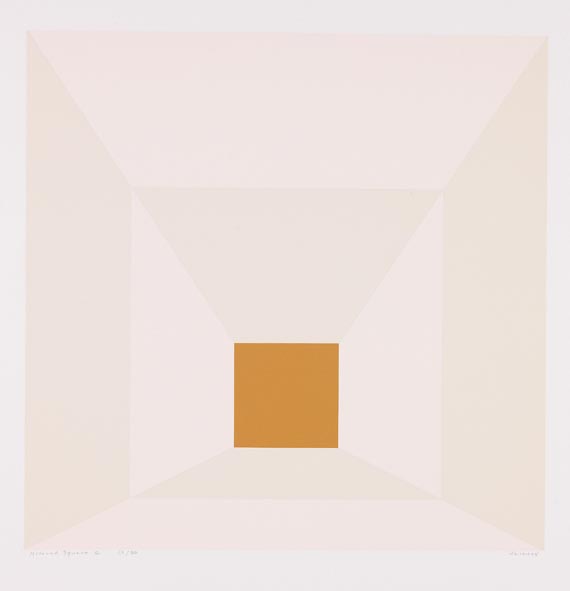 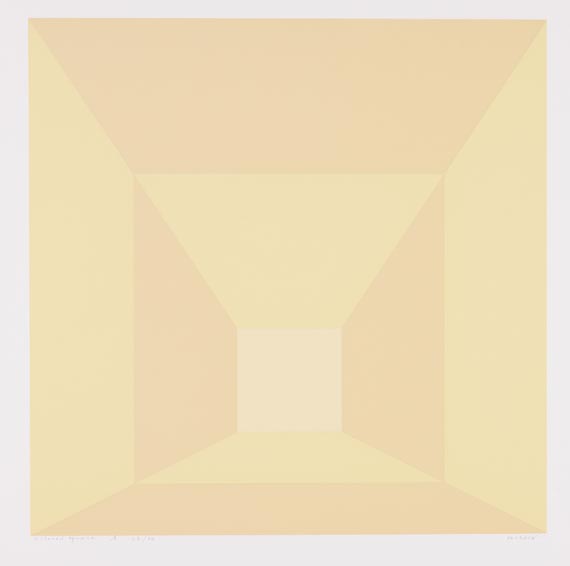 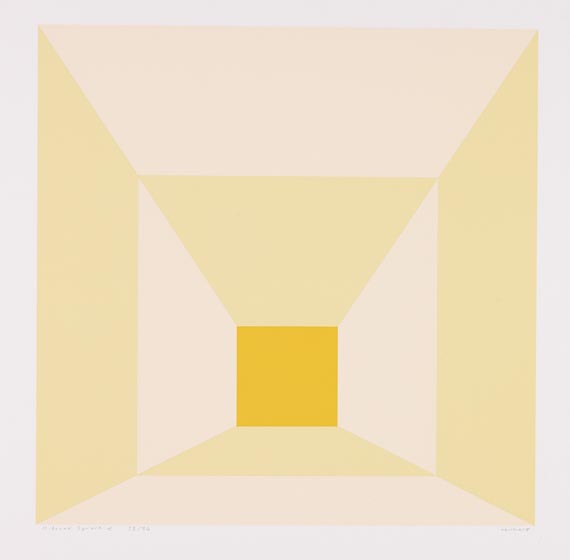 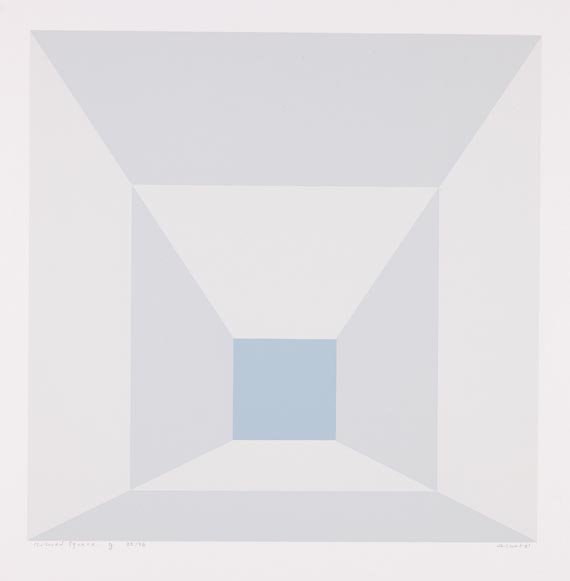 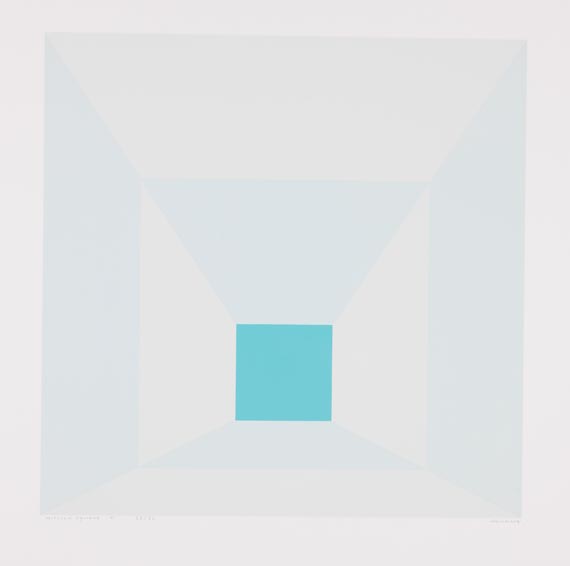