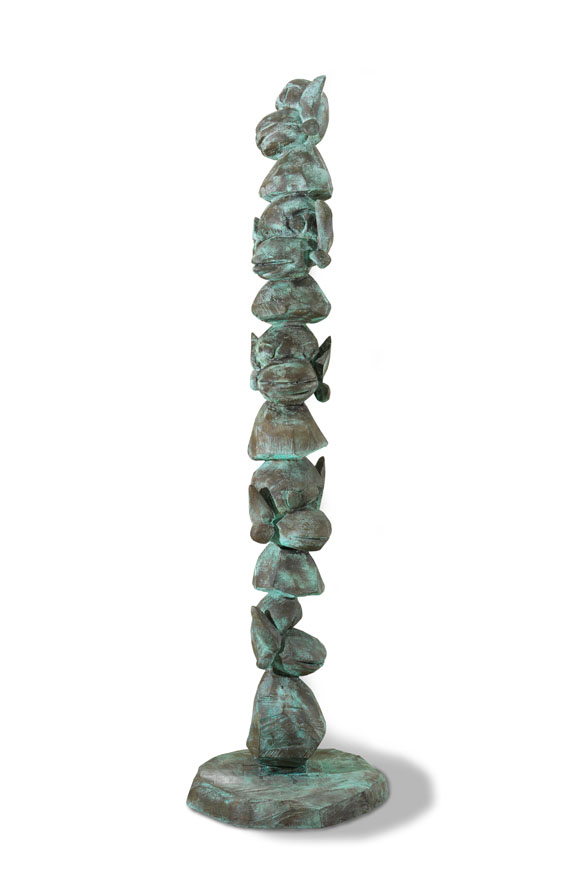 After studying stage design at the Düsseldorf academy in 1963/64, Immendorff changed to the class of Joseph Beuys. Influenced by his teacher, he wrote several manifestos and initiated various political and artistic actions. The most renowned action was the "Lidl"-Projekt in 1968-70, art events, happenings and debate rounds which were part of the Fluxus movement’s political wing. Inspired by Renato Guttuso, Immendorf increasingly turned to painting in 1977. His international breakthrough came with his series 'Café Deutschland', a political and socio-critical work. Beside his creative work Immendorff became increasingly involved in art education. His position as an art teacher at the ‘Lindemann-Hauptschule’ in Düsseldorf from 1971 to 1980 influenced his art. The artist accepted several guest professorships at international universities during the 1980s: at the Art Academy in Stockholm in 1981, the ‘Akademie der bildenden Künste’ in Hamburg and the 'Klasse F+F' in Zurich in 1982, as well as the ‘Werkschule’ in Cologne and the ‘Akademie der Bildenden Künste’ in Munich in 1984.

Immendorf was not only active as a painter, but also as a sculptor, which is why his ‘Maleraffe’ (Painter’s Ape) could not only be found in his paintings but also in his plastic works from the late 1980s. Immendorf discovered the ape as the perfect symbol to illustrate the ambivalence of an artist’s existence that is caught between firm conviction and self doubt. Upon a visit to a temple in Bangkok the artist saw thousands of small stone monkeys, the animal‘s ironic and obstreperous character fascinated him, particularly as it is closely tied to the image of the painter in European art history. The painter, who tries to monkey , in the sense of imitation, occurrences in nature, was often depicted as a monkey in caricatures. With an ironic and self-critical undertone Immendorf makes the image of the monkey his own alter ego. In our early plastic “Affenbaum“ (Monkey Tree), which can be regarded as Immendorff’s main work from this complex of motifs, not only in terms of its size, the artist did not only increase the motif of the ape to a monumental level by multiplying the heads, at the same time he ennobled it to the ranks of an archaic cult object. 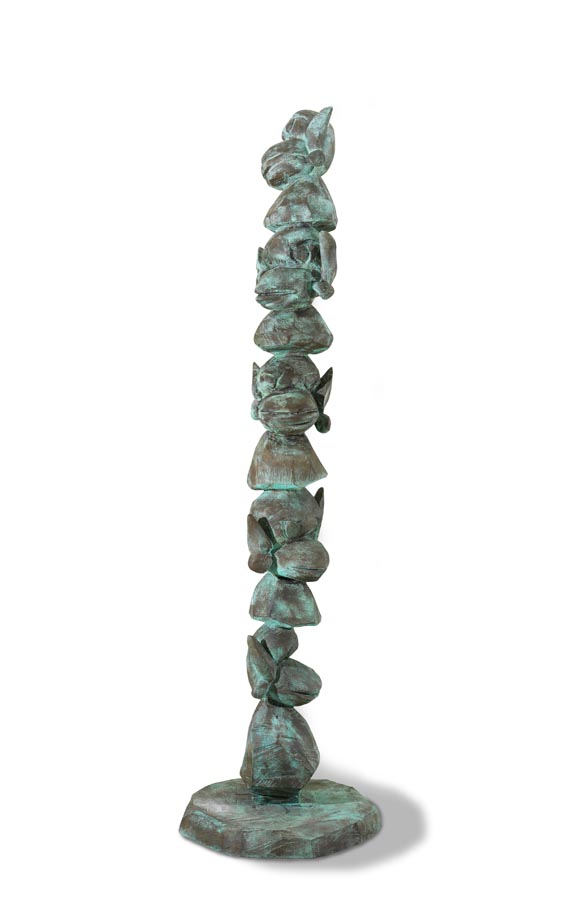