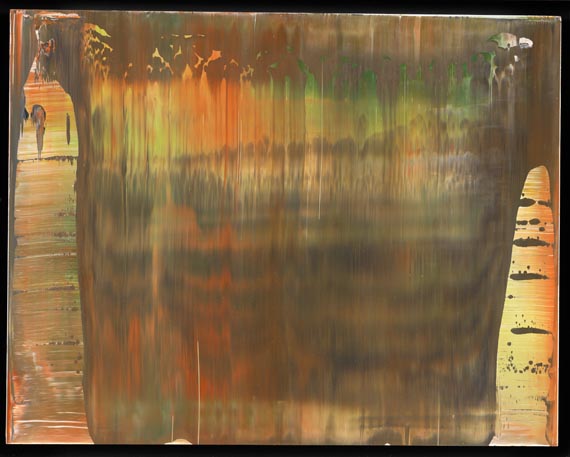 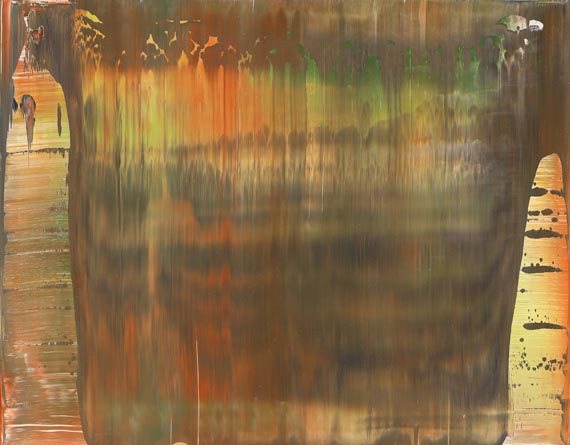 After his studies of painting in Dresden from 1951 to 1956 and the three years that followed as a master-class student at the Academy, Richter emigrated to the Federal Republic of Germany. A large cache of early work, of which only few works have survived, dates from that period. From 1961 to 1963 he studied under Karl Otto Götz at the Duesseldorf Academy of Arts. In 1962, influenced by Giacometti and Dubuffet, he started with representational paintings based on photographs. This was the result of a changed view on art, which, according to Richter, "has nothing to do with painting, composition or color". His first solo exhibitions took place in 1964 at the galleries of Heiner Friedrich in Munich and Alfred Schmela in Duesseldorf. In 1971 he was offered a chair at the Academy of Arts in Duesseldorf, which he held until 1996. In his alpine and urban paintings of the end of the 1960s, the photographic pattern is reflected in thickly applied spots of color. With his color field series from the 1970s, in which the artist used the four primary colors faceted and in arbitrary combinations as well as his monochrome gray paintings, Richter made decisive painterly components his subject. In 1976 Richter started to do abstract pictures with colored streaks, but nevertheless returned to representationalism again and again.

The abstract works from the late 70s and early 80s, such as the painting “Vögel“ (catalog raisonné 509, 1984) on and off play with representational associations, however, Richter manages to entirely ban such associations from his compositions made in the 1990s by means of working the color streaks over with a coating knife. With this method, which rejects the stroke of the brush as the artistic signature, Richter carries over the haziness, which has already been characteristic of his representational works, to his abstract oeuvre. The same applies to our work, presented on the 47\up5 th Venice Biennale, the painting seems to dissolve in front of the observer’s eyes, the detail looses itself in the whole. Richter’s creations confront the observer with a veil that cannot be lifted, behind which the original composition can only be guessed, they become a depiction of the arcane. Besides Richter’s contribution for the 47\up5 th Venice Biennale, for which he was awarded the Golden lion, Richter’s works were also presented on the documenta X in Kassel in 1997 and in a one-man show in the Lenbachhaus in Munich.

Today Gerhard Richter is regarded as one of the internationally best known and most successful contemporary artists, whose works are appreciated by a wide audience on numerous exhibitions. [JS].