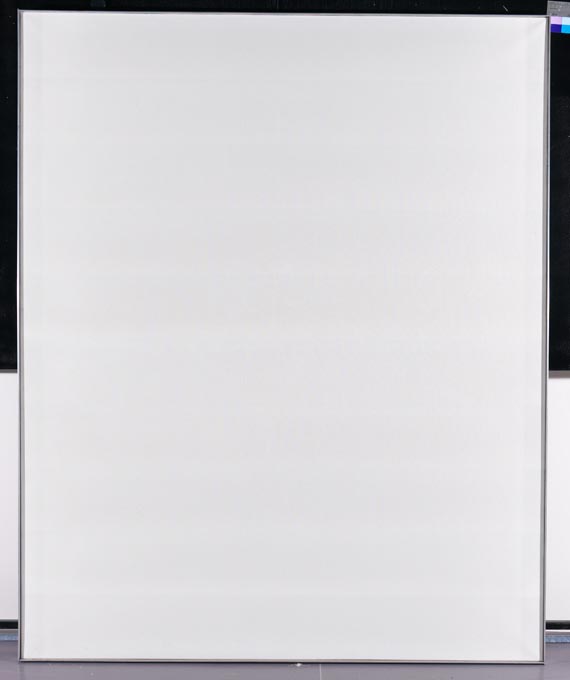 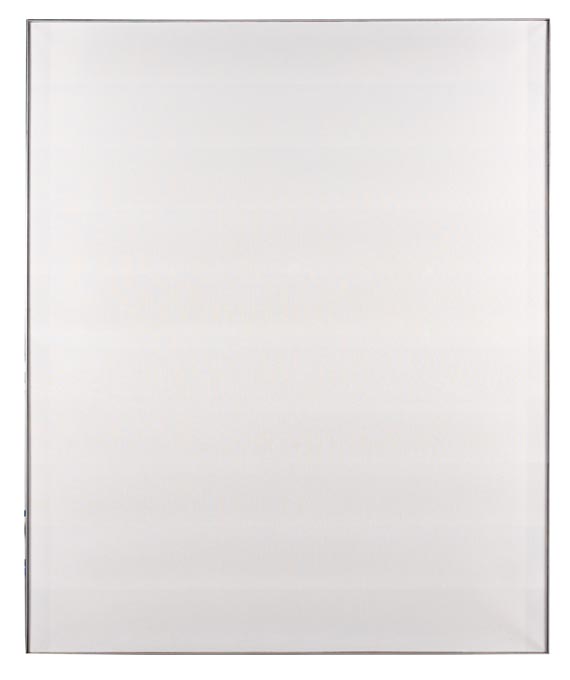 Raimund Girke was born in the Lower Siesian town of Heinzendorf in 1930, he grew up in Reichenbach. The family was deported in 1946, as the territory became part of Poland, they settel in the vicinity of Osnabrück. From 1951-52 Girke studied at the ‘Werkkunstschule‘ Hanover and subsequently attended the ‘Staatliche Kunstakademie‘ in Düsseldorf. In terms of forms , the there dominating Informel is too subjective and lofty in Girke’s eyes, so that he developed an independent style with reduced forms as of the mid 1950s. Girke's quick success was proven by winning the prize for painting of the city of Wolfsburg in 1959 and the youth art prize in Stuttgart in 1962. Between 1966 and 1971 he taught at the ‘Werkkunstschule‘ in Hanover before following a call to the Hochschule der Künste in Berlin. In the 1960s he further developed his painting and limited the gradation of colors. The earlier arrangement principles of the painting surface, such as parallel layers of color in individual strokes of paint and serial structures were to become characteristic of his whole oeuvre.

An almost monochrome-white picture design with the finest differentiation in color and light was dominant in this period and experienced in 1977 its purest manifestation in the pictures for documenta 6. The color white became the 'Queen of Colors' for Girke, and at first it even repelled all other colors. To the artist white is of an outmost clarity, purity and reservation. His compositions, which had been rhythmitized and full of gestures onto that point, become mesh-like, clearly structured image fields. In order to attain a particularly subtle shading of the nuances of white, Gierke laid brush and spatula aside and applied the paint like a mist by means of an airbrush. The artist describes his painting as a clear reaction to the visual stimulus satiation and as an attempt to take the observer to a new level of concentration.

In the 1980s and 1990s, the color palette was widened mainly around gradations of gray tones, the gestured moment of the brush stroke was intensified anew. The personal flow was nearly totally neutralized in Girke's serial, structural arrangements but nevertheless his works were formed by tension between sobriety and emotion. Since the 1980s Girke's art plays a fundamental role in painting in Germany. In 1995 the artist received the Lovis-Corinth-Prize. Raimund Girke lived and worked in Cologne and Berlin until his death in 2002. [SM].