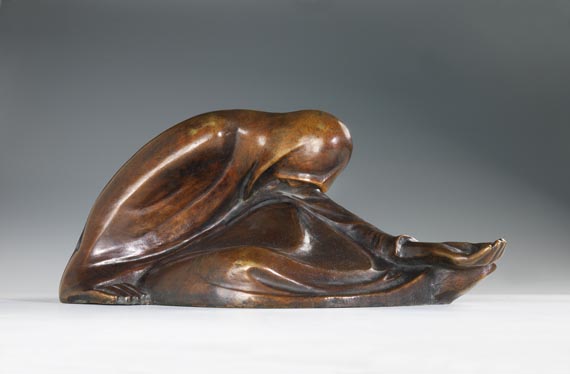 In his very own manner, Barlach works up the impressions gained on a Journey to Russia in1906. With his particular canon of forms, which was then still strongly influenced by Art Nouveau, the “Russian Beggar“ is a prime example of this artistic period. The social concern, which was reduced at as later point in favor of a simplification of forms, is still quite obvious in this work and is integrated into a canon that is convincing both in esthetic as well as in expressive terms. The outstretched hand is the only dynamic feature of this figure that is resting in itself, the garment’s heavy and yet soft tucks symbolize humility in an undefined fate. [KD]. 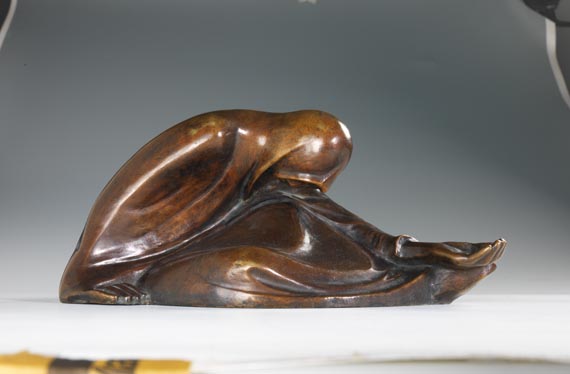