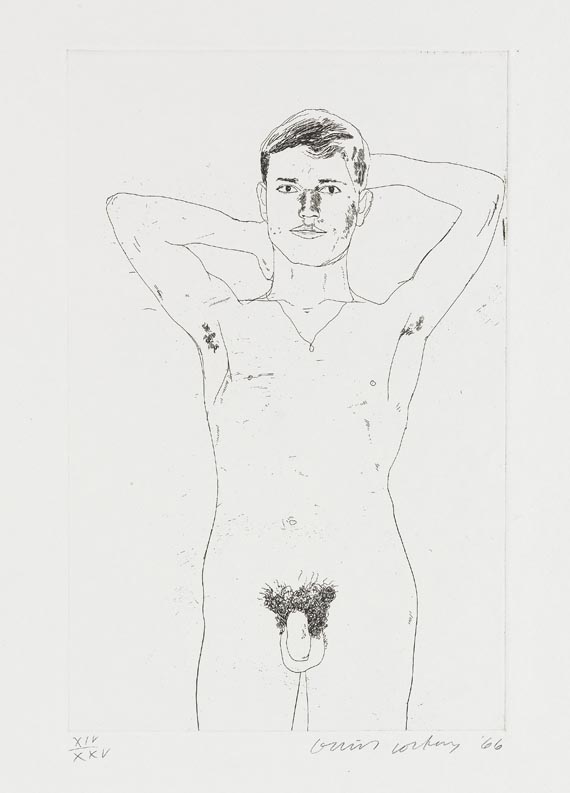 David Hockney has enjoyed international fame ever since the early 1960s. He began his artistic training in 1953 to 1957 at the Bradford College of Art and continued studying at the Royal College of Art in London from 1959 to 1962. He exhibited his first works in 1960 and participated in the exhibition of the 'London Group 1960' in 1960 and was also presented for the first time with the 'Young Contemporaries' at the R.B.A. Galleries in London. He was awarded the Royal College Drawing Prize in the year he graduated. Hockney began working on his first engraved cycle 'A Rake's Progress' as early as in 1961 - it was published in 1963. Hockney traveled to New York, Berlin and Egypt after having finished his studies, in order to find ideas for his illustrations. His friend, Henry Geldzahler, the curator at the Metropolitan Museum of Art in New York, encouraged him to move to Los Angeles in 1964. Hockney was offered a teaching post at the University of Iowa in the summer of the same year. His first one-man exhibition in the USA was successfully opened in the same year at the Alan Gallery in New York. He had other teaching posts until 1967 at the University of Colorado in Boulder, in Los Angeles and in Berkeley.

Hockney came across the Greek poet Konstantinos Kavafis, also called Cafavy, as early as in his studies. He was fascinated by Cafavy's clear and unpretentious way of writing about homosexuality. Thus the idea for a cycle of etchings was born, which was, however, not solely due to his fascination for the Greek poet, but also because of his basic desire to create literature etchings. The project was not put into practice before 1966, as the translation of the poems which was in existence then could not be used for legal reasons. This is why Hockney decided to entrust his friend Stephen Spender, an English poet, and his colleague Nikos Stangos with a new translation of the poems. The project was completed in just 6 months. In general, the works of the cycle were not intended to be exact illustrations of the poem, but rather visual interpretations of Cafy's poetry.

Hockney accepted a post as a guest professor at the Kunsthochschule in Hamburg in 1969. His international fame increased with his invitations to exhibit at the documenta 4 and 6 in Kassel in 1968 and 1977. He made numerous stage stets for ballets and operas by Mozart, Strawinsky, Wagner and Strauss from the mid 1970s to the 1990s. In 1982 Hockney began making Polaroid collages in a Cubist manner. He also began making color-copy prints, abstract computer graphics and fax drawings at the end of the 1980s. Hockney is often associated with Pop-Art, but he refuses to accept this labeling of his art. [SM]. 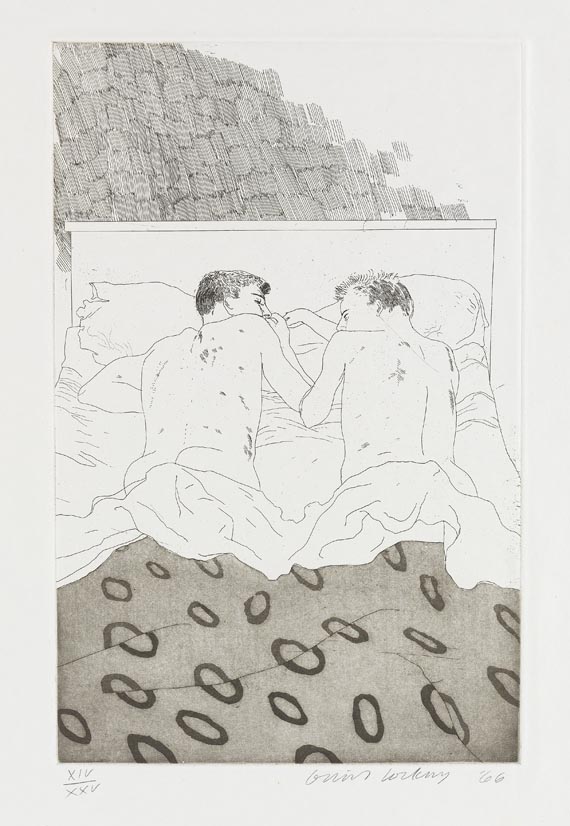 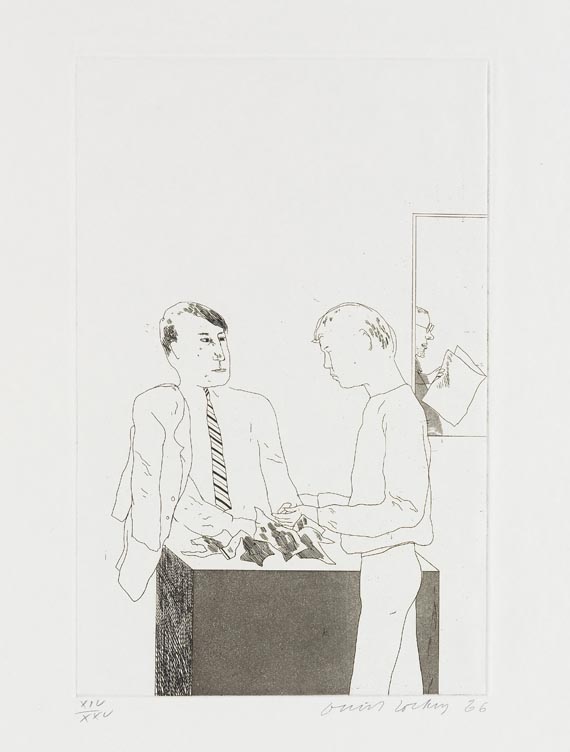 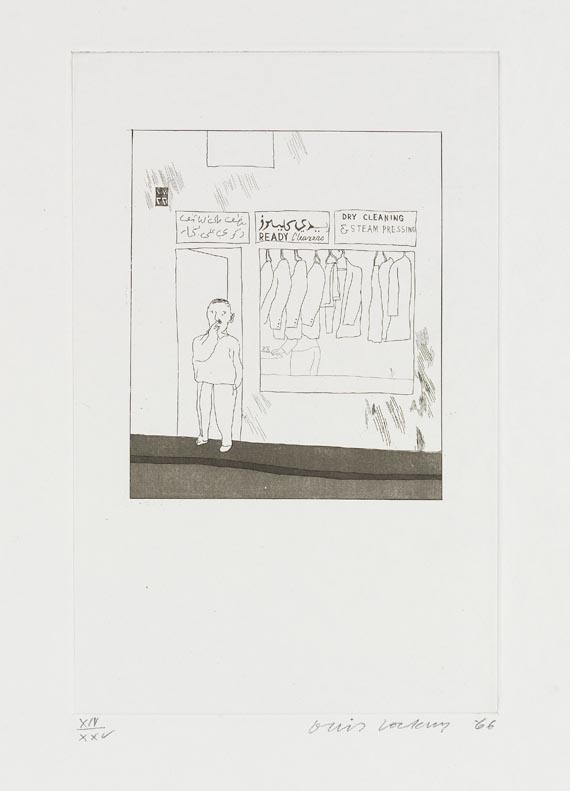 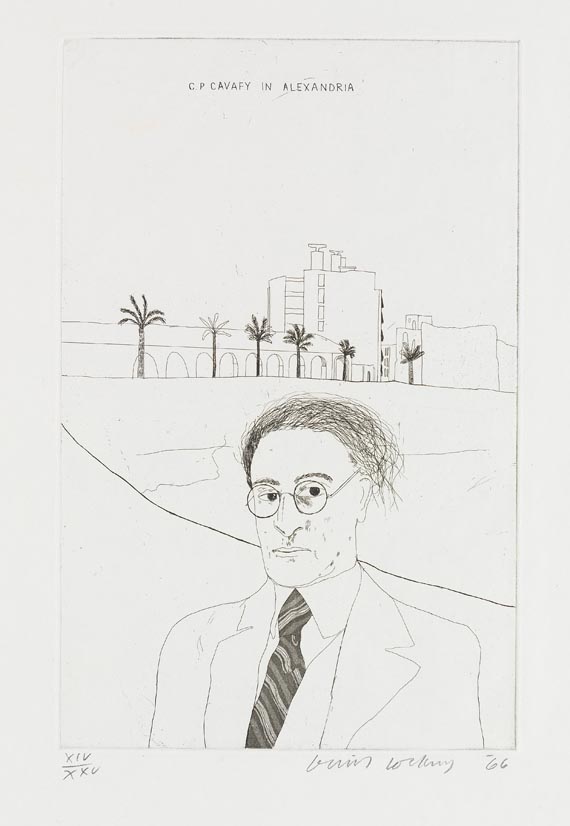 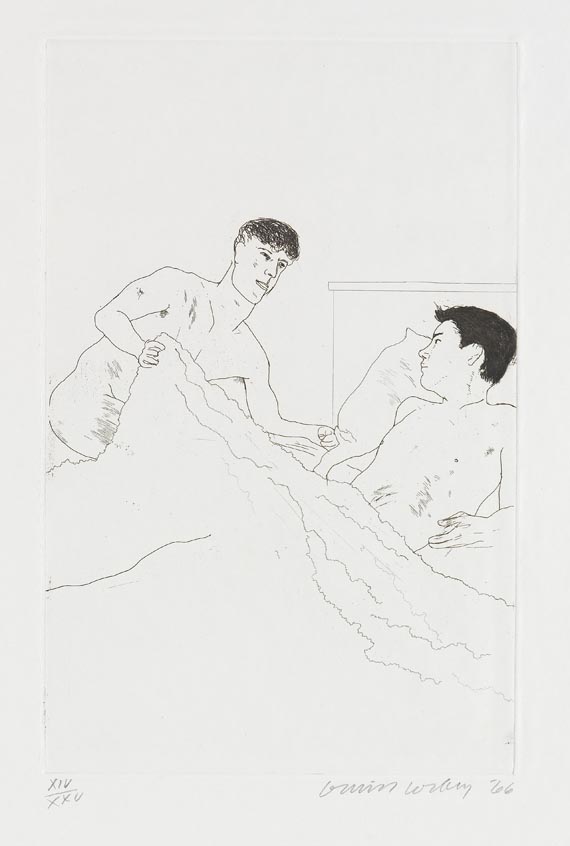