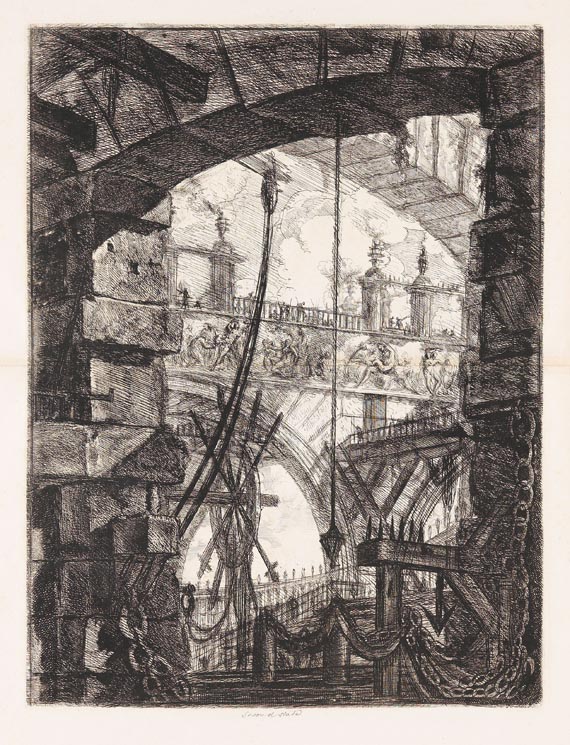 The printing plates of the series "Carceri", initially comprising fourteen sheets, was first released in Venice around 1745. In 1760 they were worked over by Piranesi in Rome and increased by another two plates. The lighter etched earlier version of the sheets gained in contrast and depth effect after it had been worked over - the gloomy atmosphere of the dungeon scenes, which fascinates with their architecturally inconceivable, but yet mysterious and monumental picture language, is drastically increased in its theatrical effect. Swiftly jotted forms, sketchily hinted structures as well as the permanently varying play of light and perspective, go far beyond the limits of a compositional experiment. Piranesi's relation to scenography, with which he had already been occupied while in training for stage design in Venice, can clearly be observed. [CM].