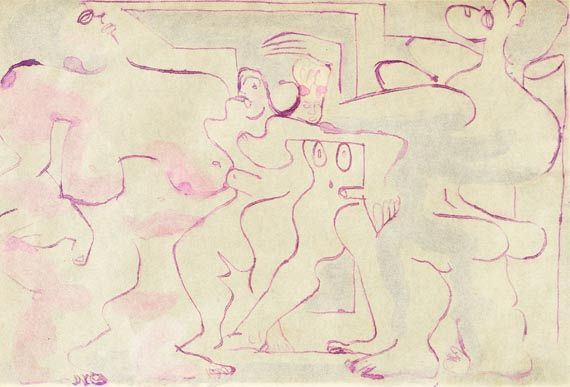 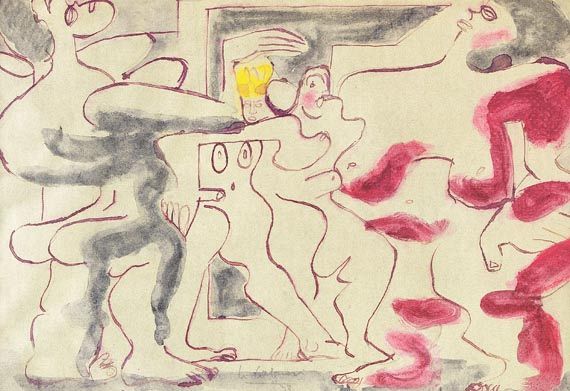 With a certificate of authenticity from Mr Eric Mouchet, Paris, from 23 November 2004. The watercolor will be included into the forthcoming catalogue raisonné of works on paper.

During the “femmes” period described in the works catalogue of Le Corbusier’s paintings ca 1933-34, Le Corbusier devoted himself to painting robustly built women. The figures are built in such a way that, in the composition of their limbs, the architect Le Corbusier is much in evidence. It is a play of forms with bodies, in which, although they are engaged in dialogue with each other, the subjects assert themselves as individual figures. The painterly palette relieves the static effect achieved in these bodies. This work, which is bursting with such vitality that it seems to be breaking out of its frame, clearly exemplifies Le Corbusier’s feeling for monumentality, which is strongly apparent in his buildings. [KD].

In very good condition. Mounted on verso of upper margin.