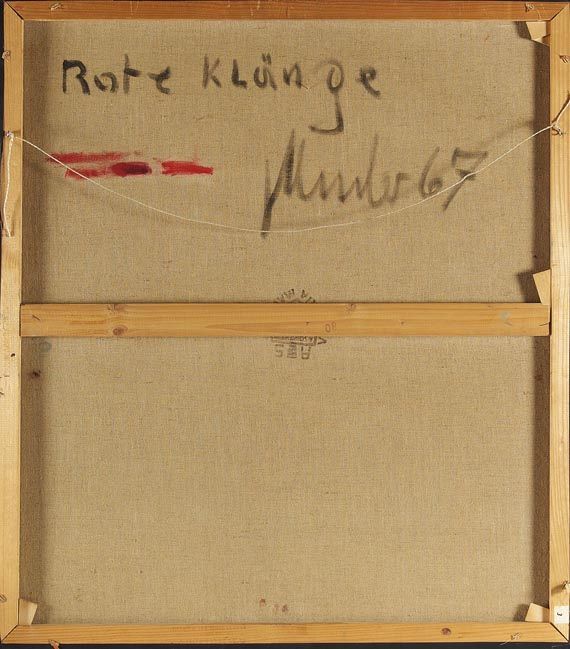 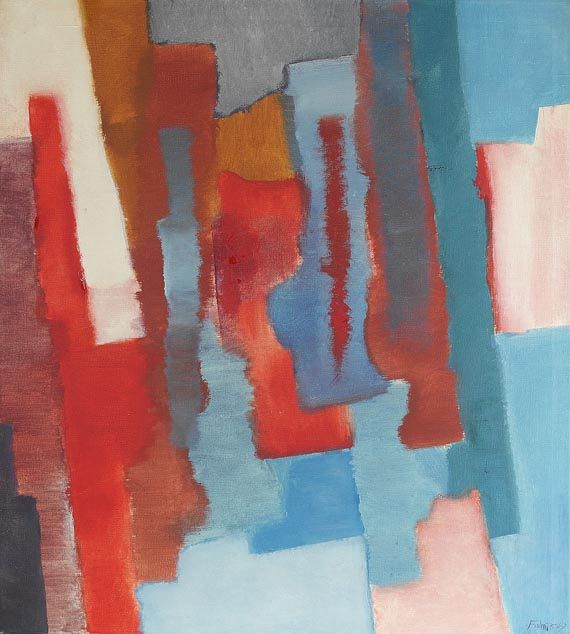 With a photo expertise from Ms Helga Gausling, Fritz-Winter-Haus, Ahlen, from 24 April 2009. The work is registered in the Fritz-Winter archive.

Born in Altenbögge near Unna in 1905, Fritz Winter served an apprenticeship as an electrician and then went down the mines. He started trying to draw and paint in the early 1920s. He was admitted to study at the Bauhaus in Dessau in 1927, where his instructors over the three years that followed included Klee, Kandinsky, Albers and Schlemmer. In 1929 he exhibited work at the group show “Junge Bauhausmaler”. He made friends with Ernst Ludwig and Erna Kirchner, whom he would often visit at Davos. In 1933 Fritz Winter moved to Munich and, in 1935, to Dießen at lake Ammersee. The National Socialist regime declared his work “degenerate” and Winter was forbidden to paint. Conscripted in 1939, he was sent to the Eastern Front. Shortly before the war ended, Winter was made a prisoner of war and interned in a Russian camp. He was not discharged until 1949. Immediately on returning to Germany, Fritz Winter became a founding member of the group known as Zen 49 and lost no time in catching up with the European avant-garde. From 1953 he taught as a guest lecturer at the Landeskunstschule Hamburg. Two years later he was made a professor at the Staatliche Hochschule für Bildende Künste in Kassel. That same year and again in 1959, he was represented at documenta I and II.
Just after his time at the Bauhaus, Fritz Winter addressed himself in the early 1930s to “abstract still lifes”, only a few of which allow for representational associations. Although his early works still show the influence of the richly varied abstract form potential developed by Modernists such as Pablo Picasso, Lyonel Feiniger, Naum Gabo and Hans Arp, Winter’s compositions from the 1950s reveal a distinctive personal formal language that assigns him to a special place alongside Informel. Winter’s 1960s compositions were increasingly dominated by surfaces. In the work complex of the serial pictures, to which our work belongs, forms, some of them clearly outlined, others open, and endless, interlock to shape color bands and surfaces. Slightly shifted from the vertical axis, his color fields, now reduced to reds and blues, here seem to thrust from top and bottom into the centre of the picture space, thus transcending the boundaries of the canvas.
A grand retrospective that toured German cities honoured this greatest of German post-war painters on his sixtieth birthday. After retiring in Kassel in 1970, Winter again lived in Dießen. The Fritz-Winter-Haus was inaugurated in Ahlen in 1975. Fritz Winter died at Lake Ammersee in 1976.