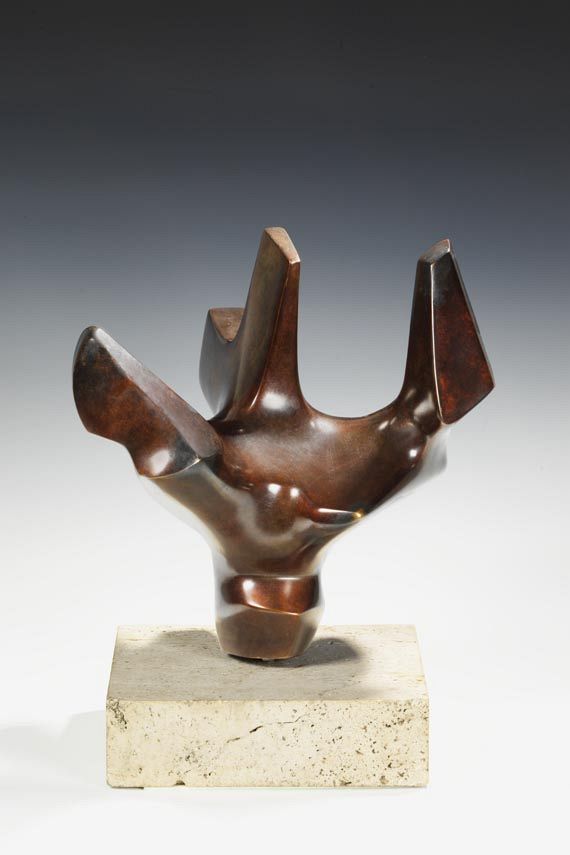 Even during the years when the National Socialist regime was in power, Hartung produced abstract sculpture in defiance of the then prevailing aesthetic doctrine but it was witheld from the public. Influenced by Arp, Brancusi and Henri Laurens, whom Karl Hartung had met on a trip he took to Paris in summer 1939, he continued to work in an abstract formal canon, from which his first sculpture emerged under the title “Vegetative Form”. Vegetal matter in the figurative sense of the term might also have been the source that inspired our work of sculpture since it grows out on all sides like a plant from a core-like trunk into space, which it claims on all sides. There might easily be vegetal forms that correspond to the wing-like side pieces, which have given the work its title. Although the base is relatively small, the sculpture conveys an aura of stability and power and, because its forms are so massive, it is a work of consummate tactile sensuousness. [KD]

In very good condition. With one tiny scratch.