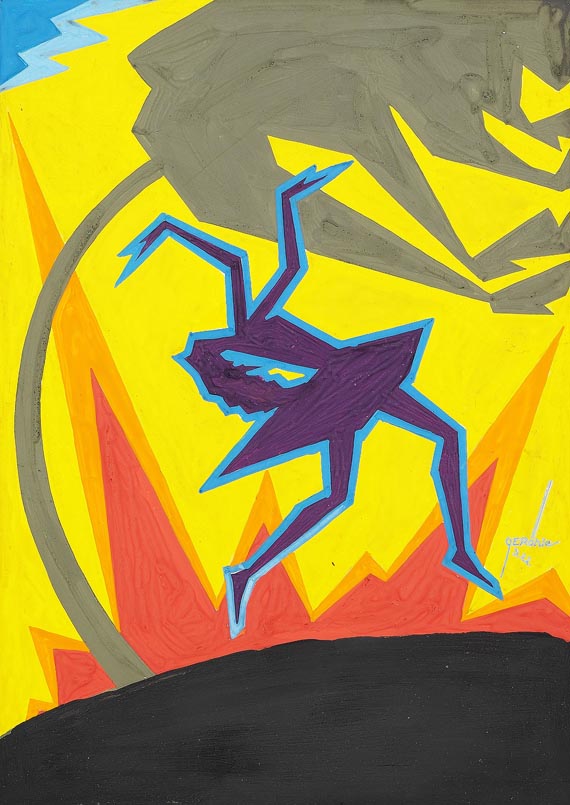 Tanzende. 1922.
Gouache.
Signed and dated "3.22." in the right margin. On cardboard. 30 : 21,3 cm (11,8 : 8,3 in), the full sheet. A native of Glachau, Saxony, Erich Röhle was a painter and printmaker who designed mainly avant-garde posters and typography. He also produced a considerable body of other works in the late 1920s, notably numerous collages which can hold their own against the established Bauhaus names. Röhle was conscripted to serve in Italy and North Africa. After the second world war, he worked solely as a commercial artist and architect. [NB]