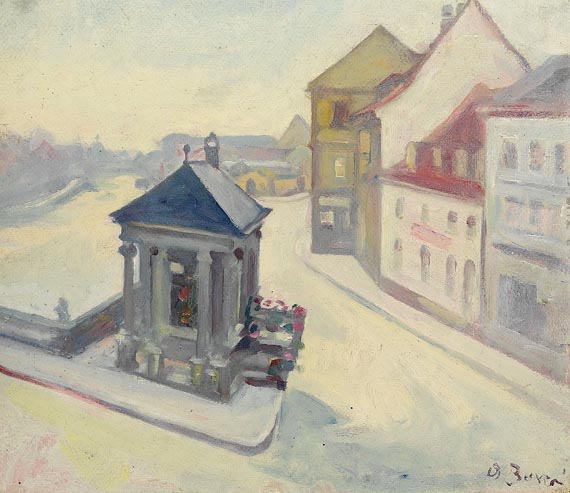 Stadtansicht. Wohl um 1940.
Oil on cardboard.
Signed lower right. 40 : 46 cm (15,7 : 18,1 in). The graphic artist and painter Otto Beyer, who studied in Breslau and Königsberg, showed work at the 1910 Berlin Secession exhibition. After the Berlin Secession disbanded, Beyer joined what was called the “Free Secession” under his patron, Max Liebermann. Until about 1914 Beyer painted mainly landscapes although later he switched to still lifes, studies from the nude and views of Berlin suburbs. The present work probably depicts one of Berlin’s many bridges. [HL]