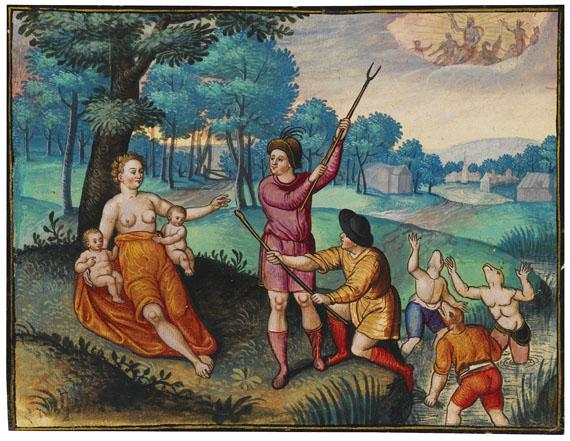 Ovid illustrates the theme of this sheet, the story of Leto (Latin: Latona) in his VÍth book of his Metamorphoses. She bore Zeus the divine twins Apollo and Artemis. Haunted by Hera‘s wrath, she had to wander about the earth, as no place was willing to take her and to violate Hera’s ban. Eventually the island of Delos granted her asylum and was thus fixed in the sea by Zeus. Later Lycian farmers deny the thirsty goddess a drink of water, which was why she turned them into frogs. 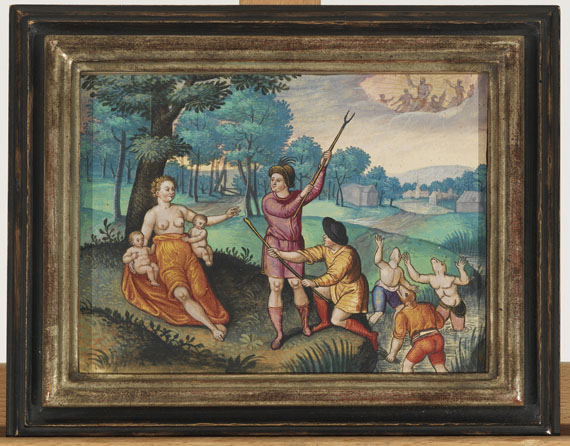